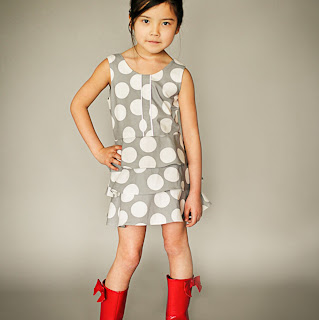 Have you seen the new patterns from Figgy's? They're not actually so very new anymore, but I've been meaning to write about them for a while as they're patterns that have stayed in my head, because they're full of details that look like enormous fun to sew: plaited straps; minimal, crisp layers of ruffles; twists; and many opportunities for piping, all combine to give patterns for garments that look entirely professional in finish. 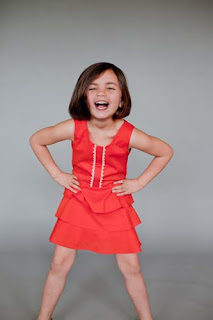 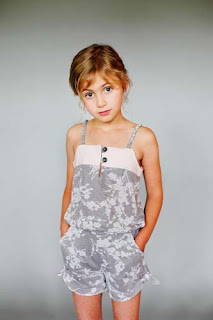 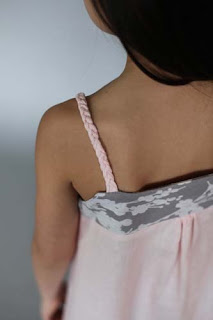 The styles, as with Figgy's previous collection, look very modern and exactly the type of thing that an older child would wish to wear. There isn't a single pattern in this latest collection that I don't love. 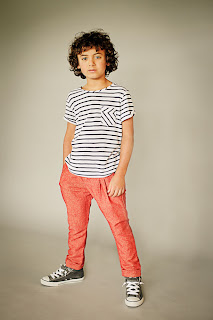 But my overwhelming feeling when looking at much of the collection? That I wish they were adult pieces rather than children's. 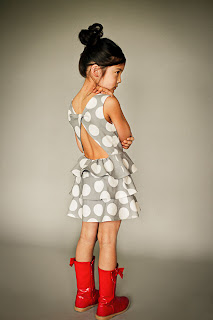 The beautiful twisted back piece on the Scirocco dress is ingenious, but my slightly prudish side feels that, even at ten years old, this style looks a little too 'grown-up' for my daughter (and my horribly sensible side starts feeling edgy about sunburn on skin that's not normally on display too). I've kept returning to the photos trying to decide whether it's simply the styling of the photo that makes it appear this way, or whether I really would feel not quite right about my daughter wearing the dress unless covered by a cardigan. I am harbouring wishes that Figgy's may branch out and design a womenswear line alpngside their children's patterns as I think it would be stunning. I know many people felt like this about Oliver + S before Lisel produced the Lisette patterns...

You can find these beautiful patterns at Backstitch.