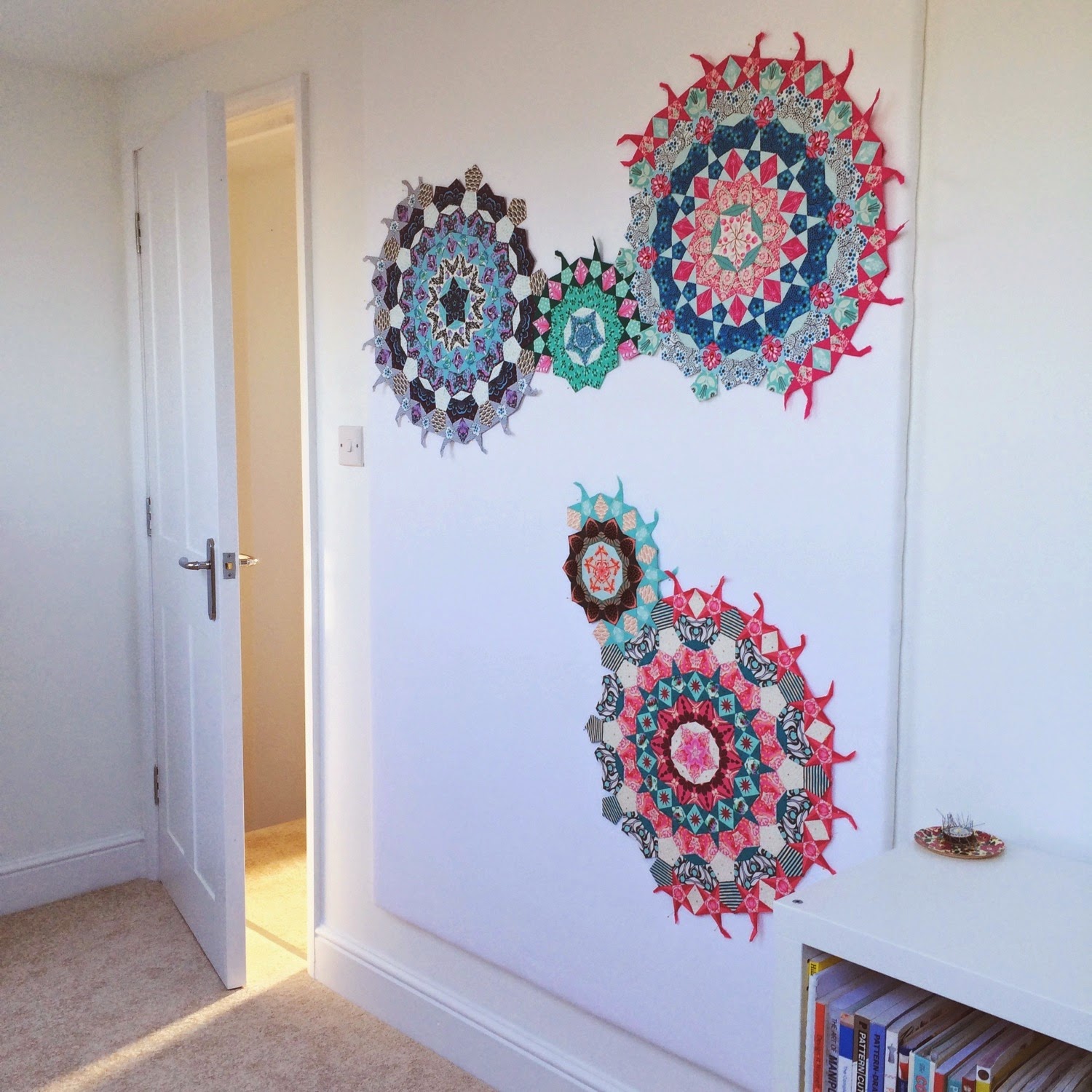 One of the things I'd always really wanted when I eventually had a sewing room of my own, was a quilt  design wall. You might remember this photo below from several months ago. After a few days of messing around with the colours and then packing it away again so that the room could be used for other things (like sleeping and getting dressed in the morning!), it somehow never got sewn together as it all felt too much effort. A design wall would have been perfect and made it all so much easier. However, I'm now unsure why I felt I needed to have a sewing room to have a quilt design wall - when I finished making one yesterday and stuck it to the wall, I realised that it would have looked absolutely fine anywhere else in the house as it just blends in with the wall when it's not covered in fabric. 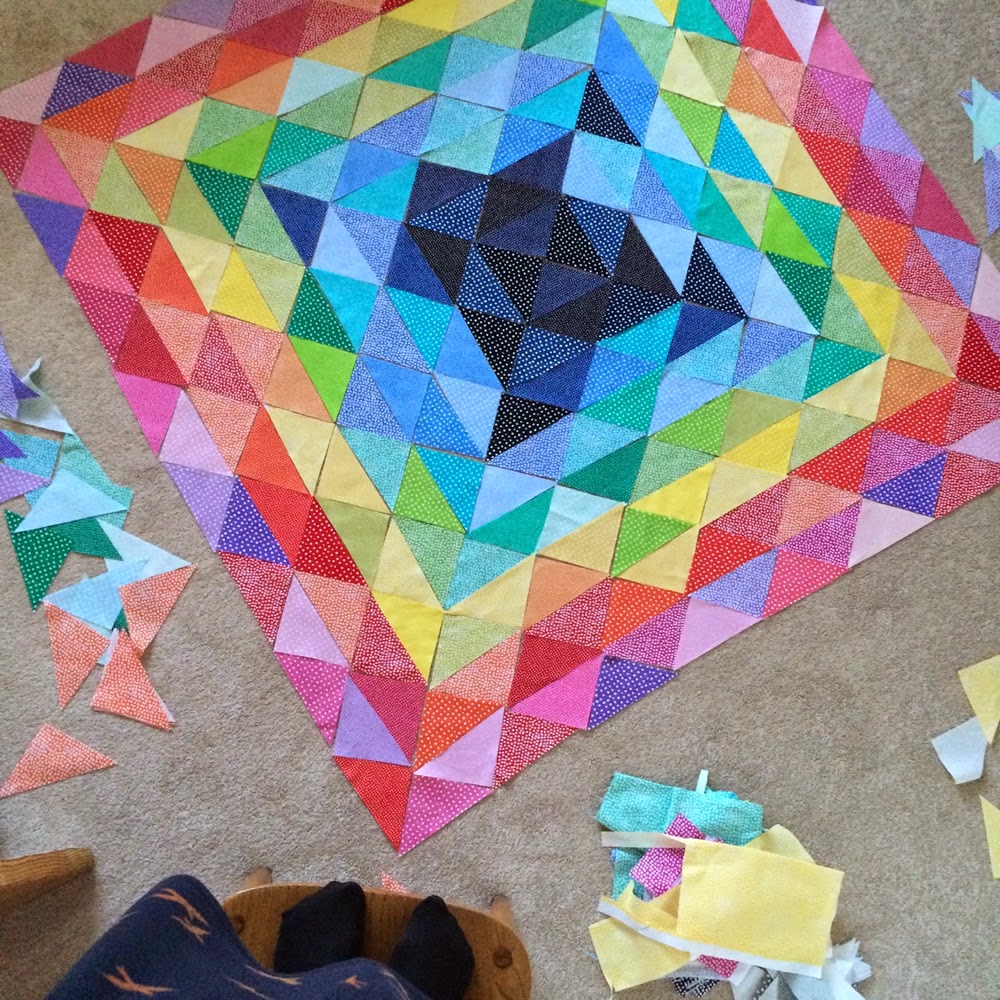 Anyway, not being in possession of that knowledge, when I moved into my new sewing room this week, one of the first things that I did was gather supplies to belatedly make a quilt design wall. If you haven't heard of one of these, it's basically a large homemade 'wall' covered in either flannel or quilt batting, on which fabrics can be placed to enable playing around with the design of a quilt before sewing it together - the magic of it is that you can place fabrics on the wall without the need for pins as flannel or quilt batting naturally 'grab onto' the fabric and hold it in place. If you use polystyrene as a basis for the design wall, it also means you can pin into it, which is what I've done with the paper pieced cogs at the top of this post, which still all have their papers in place, so wouldn't stick to the wall. 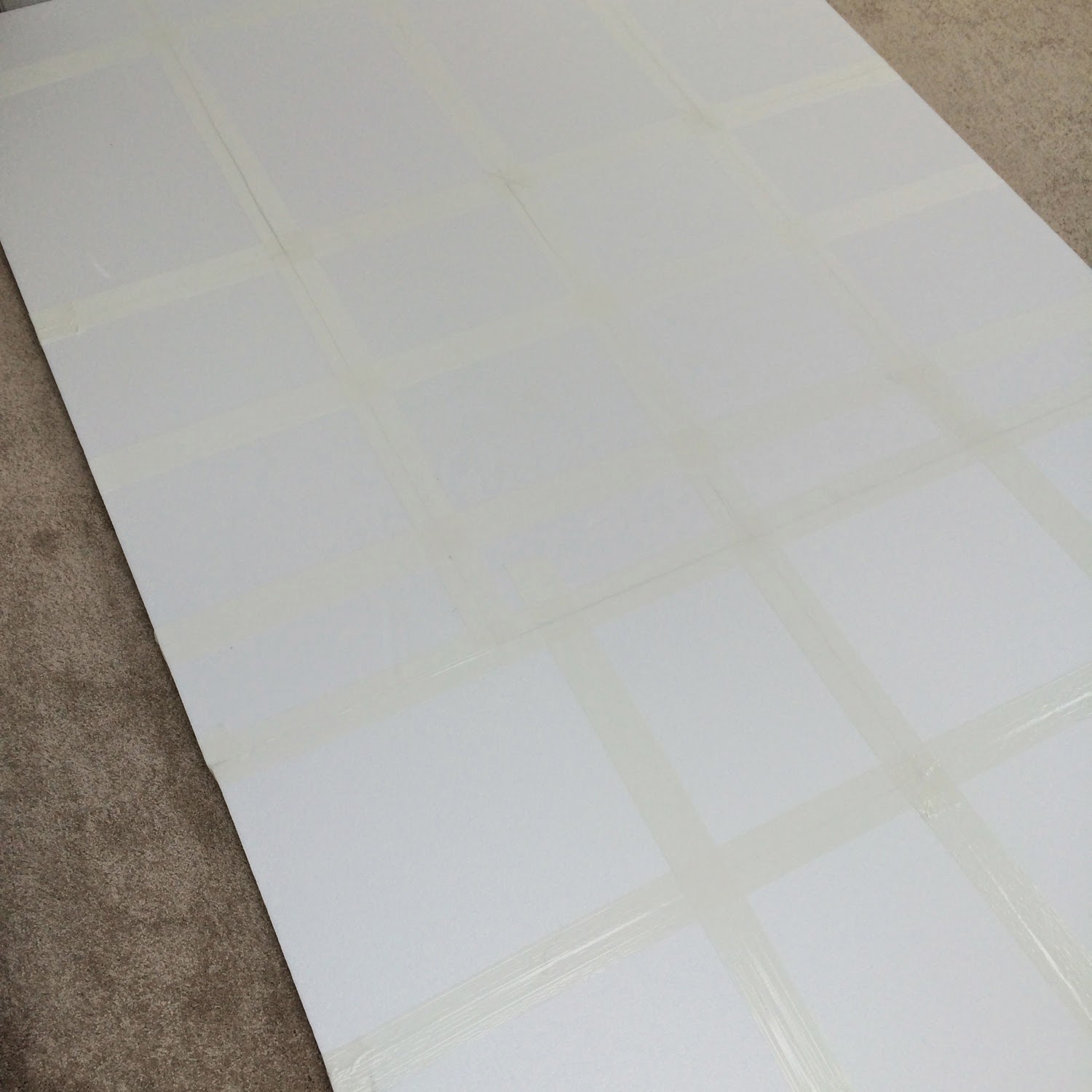 I bought my polystyrene in small pieces from Hobbycraft as this was the only way I could find of buying it in England. On the upside, this meant I could make the wall exactly the size I wanted. The polystyrene is about 1"x12"x16" (that's a rough guess, as I didn't measure it before covering it) and cost  around £4 a board as it was on offer as it's being discontinued. I stuck it all tightly together with some white gaffer tape. I then covered my polystyrene in two layers of quilt batting, stapling it tightly in place on the wrong side. Then, for the final layer, I used a brand new white flannelette flat bed sheet from John Lewis. I taped this layer in place with the white gaffer tape as I didn't want staples to scratch the wall. The wall, being made mainly from polystyrene is incredibly light, so I just used Command Picture Hanging Strips to hold it to the wall - I placed about twelve of them on there, and I'm happy to report that the board is still in place this morning. The nice thing about these is that apparently they don't damage the wall if you want to remove them later.

This wall is so soft and snugly that it actually makes you want to cuddle it. Actually, I have to admit that after my husband and I had put it up, we did take it in turns to stand flattened against the wall with our arms outstretched, faces turned to the side, enjoying how incredibly soft the flannel was, especially when placed over a pillow of quilt batting. Wall hugs are a completely unanticipated benefit of a quilt design wall. 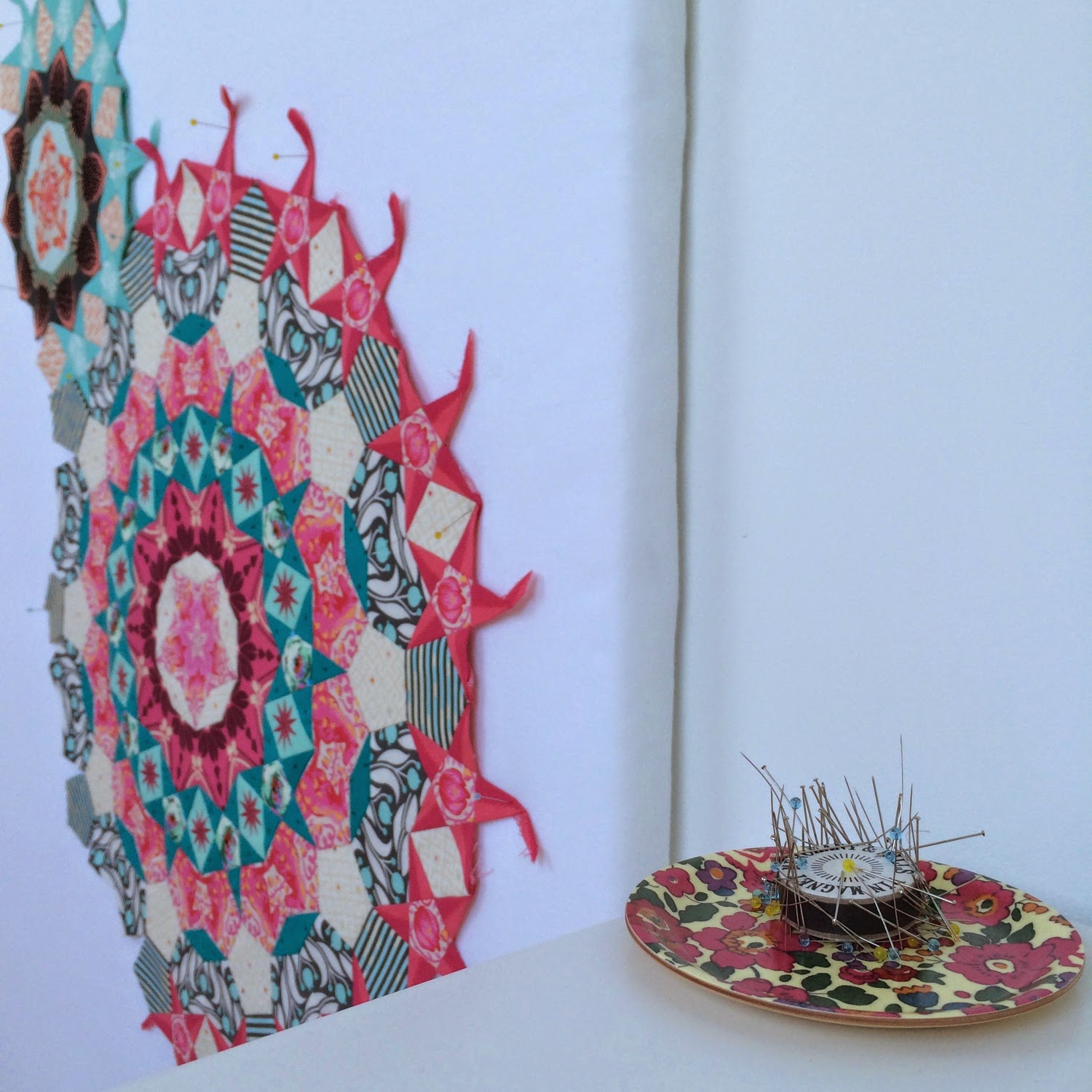 The rest of the room is slowly coming together…I'm still waiting for a few bits of furniture to arrive and  it's taking an inordinately long time for me to decide where to hang my thread racks and put pictures up and other inconsequential, but enjoyable, preoccupations like that…but it's getting there and it's pinch-myself-lovely to have a room where I can now store all my things. Once we'd moved all of the sewing paraphernalia up to the third floor, I walked back into our bedroom and had a complete realisation moment of: so this is what normal people's bedrooms look like! No sewing machine, no thread reels hung on the wall, no work-in-progress pieces on the desk. From nearly a decade ago, when sewing was more of an occasional thing for me, I have a memory of how lovely our bedroom at our old house always felt - it just looked so tidy was such an oasis of calm, which I realised I've really missed in sharing our room with all my sewing. And as well as calm, we also have storage! For clothes! And under the bed I can now store shoes instead of fabrics. It all feels quite incredible.

I'm also enjoying having a room just across the hall from my daughter's new bedroom - I'd never wanted to feel detached from the rest of the house if I had my own sewing room and it's actually felt incredibly cosy to be up here together.