When I posted these tiny frames filled with swatches of Liberty prints on Instagram a few days ago, Dana (@danahannah310) commented that it looked like the warning boxes that you see on trains and buses which bear the words: 'In case of emergency, break glass'. I love that idea.

Putting my sewing room together is a slow process, partly because it's the summer holidays and partly because I became a victim of picture-hanging-fear. I have such a terrible track record for creating large craters in walls whenever I try to put a nail in place, that I've become slightly fearful of doing anything which could taint the smoothness of these freshly plastered and painted walls. 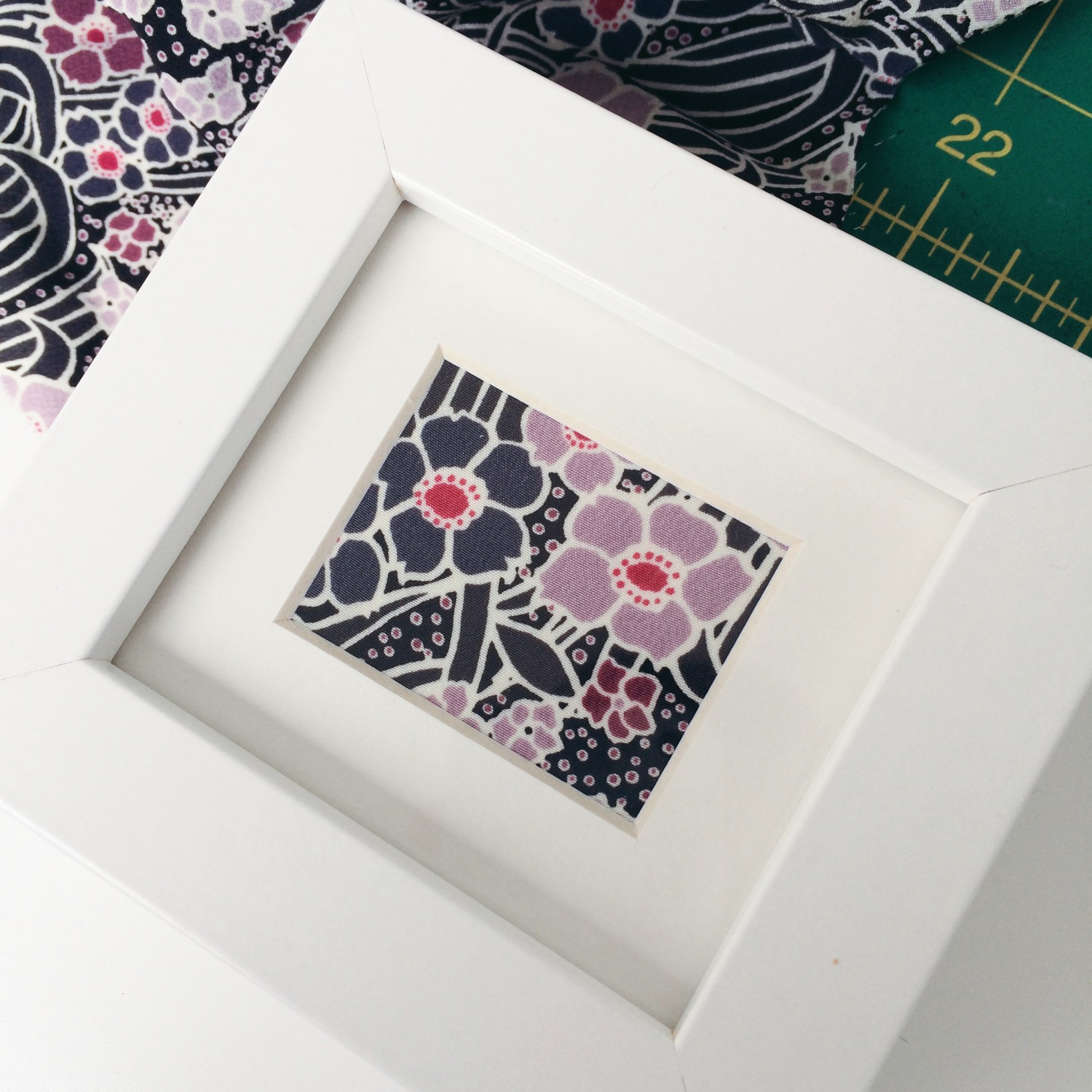 This reservation was only overcome when I started putting small swatches of some of my favourite Liberty print fabrics into tiny frames and fell so in love with what, in my eyes, had the potential to be something akin to having a shop window of Liberty print sweet jars mounted on the wall, that it finally felt I had a project worthy of beginning on some wall damage (that was before Dana had enlightened me to the fact that they're actually safety devices, not sweet jars).

However, even with a newly acquired willingness to wield a hammer, I couldn't quite imagine how a creature so flawed in DIY basics was going to get nine nails into the wall, all perfectly aligned and inserted at the same angle. I was eventually saved from attempting this by remembering that I had some offcuts from the picture hanging strips that my daughter and I had bulk-bought when we went to the DIY shop and which I'd used in part to mount my design wall with. I used a grid of masking tape on the wall so that I could get the frames evenly spaced and only removed it once the frames were all safely stuck to the wall. It feels like a slightly odd thing to 'stick' pictures up in this way - strange in the same way that UPVC windows must have been when they were first introduced as an alternative to wood. Sticking plaster instead of nails? Crazy talk. The frames are from Ikea, but they're now discontinued, so I'm hoping they might have something similar in the new catalogue when it comes out in August as I'd like to make some more up for other places in the house, because it was so hard narrowing down the fabric choices to go inside... In other news, I was featured on Gnome Angel's blog a few weeks ago, for her series on fussy-cutters! You can find her interview with me here. Aside from her fussy-cutting series, Angie's blog is packed full with interviews from some amazingly talented quilters (as well as snippets of her own gorgeous work!), so it's definitely worth visiting if you have an hour or two to spare!