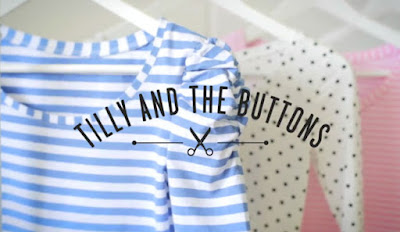 This is going to be an uncharacteristically quick post, due to it being the last day of the school term before the summer holidays begin, which means that time for work/blog posts/eating surreptitious chocolate brownies with my husband/sewing is rapidly dwindling. Today, I have a few things to share with you (well, in reality, just one of you, but I always find hope and anticipation can feel like a gift for the time that they last, so hopefully that makes the sharing more widespread!). 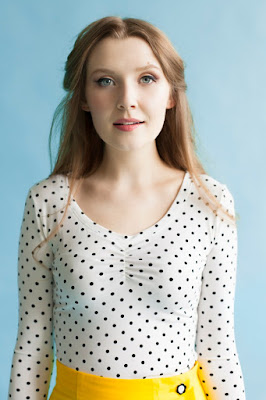 I know that when I first began sewing with jersey, it almost felt like learning to sew from scratch again - so many different rules apply and I also found that so many previously unencountered tools, needles and tapes can help to make things easier. So, as well as the Agnes pattern, Tilly has also recently launched an online workshop and if you're new to sewing with stretch fabrics, teaming a specific pattern with a tailor made workshop would, I imagine, be the perfect way to launch yourself into jersey-land without the steep learning curve of trying to work everything out for yourself. Slowly. Ruined garment by ruined garment. As I did myself several years ago. 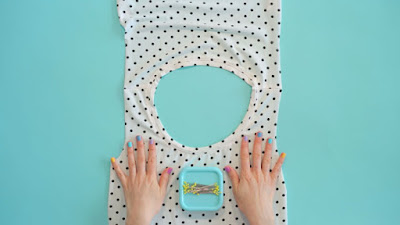 So, Tilly has very generously offered both the Agnes pattern (printed or PDF, whichever you'd prefer), along with a place on the online workshop (to be used at any time, in your own home) to one of my readers, anywhere in the world! I think that equates to a value of around £56/$88USD, so it's a rather lovely giveaway. 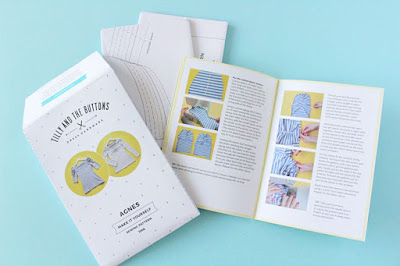 So, how to enter. Last weekend, I met Judy Blume, who wrote the backdrop to my (and nearly every other girl's of my generation) early teenage years with Superfudge, Are you there God? It's me, Margaret, Deenie, Tiger Eyes and, most famously, Forever. Judy Blume was in London at the Young Adults Literature Convention, in conversation with Patrick Ness. As I also love his books, it was a huge treat and Judy, now 77, sparkled and delighted the entire audience and my cheeks ached with smiling throughout their discussion. Afterwards, we had our books signed (my sister bought us both a copy of her latest book for adults, In the Unlikely Event) by Judy and continued in our ridiculous levels of delighted starstruck beaming.

Aside from Judy Blume, between the ages of about eleven and thirteen I also loved Francine Pascal and Paula Danziger, authors who delivered papery slices of America, a place which seemed infinitely cooler than England (and seemed to have more summer camps, more fun, more proms, more boys, more romance and more of everything 'good' in it). These books discussed all manner of rites of passage that largely went un-talked-about in everyday life, but for as much as they clarified, they also confused, presenting cultural mysteries to be solved: like why didn't we have any 'ky-ha-kee pants'? It felt like we were missing out on a whole range of clothing as it was what every American girl seemed to put on before going off on a casual date. I later discovered how to properly pronounce the word 'khaki' and learnt that Americans call trousers 'pants' and was disappointed to realise it just meant sludge-green trousers, which I never would have worn; In Francine Pascal's book, 'Love, Betrayal and Hold the Mayo', with no internet to consult, my sister and I were left puzzling over what 'mayo' might refer to and why one would need to hold it, and it wasn't until our twenties when this term started appearing on English menus that it finally dawned on us that the book we'd read all those years ago was just curiously requesting 'no mayonnaise' in its title.

Either way, these books ultimately left me with the idea that the world would be a much, much better place with a boyfriend in it and so I studiously kept one (although not the same one) by my side for much of my teenage years. It wasn't until hearing Judy Blume talking about censorship at the weekend (her books were banned in many libraries following Ronald Reagan's election), that I began to wonder how different those years would have been if my own choice of reading material had had a substantially different focus.

I'd love to know which book or author made the biggest impression on you when you were growing up and perhaps maybe even contributed to the person you were at that time? And if you weren't much of a reader, was there a film that you remember loving?

Ps. Tilly has just released two gorgeous new patterns (using woven fabric and unrelated to this giveaway). I'm really tempted to make a pair of these for my teenager. The other pattern is this one - perfect for a beginner as it has no darts or zip or button fastenings, but looks chic and minimal, rather than beginnerishly simplistic in finish!