A Stripy Grey Top and a Squirrel's Nut Pile 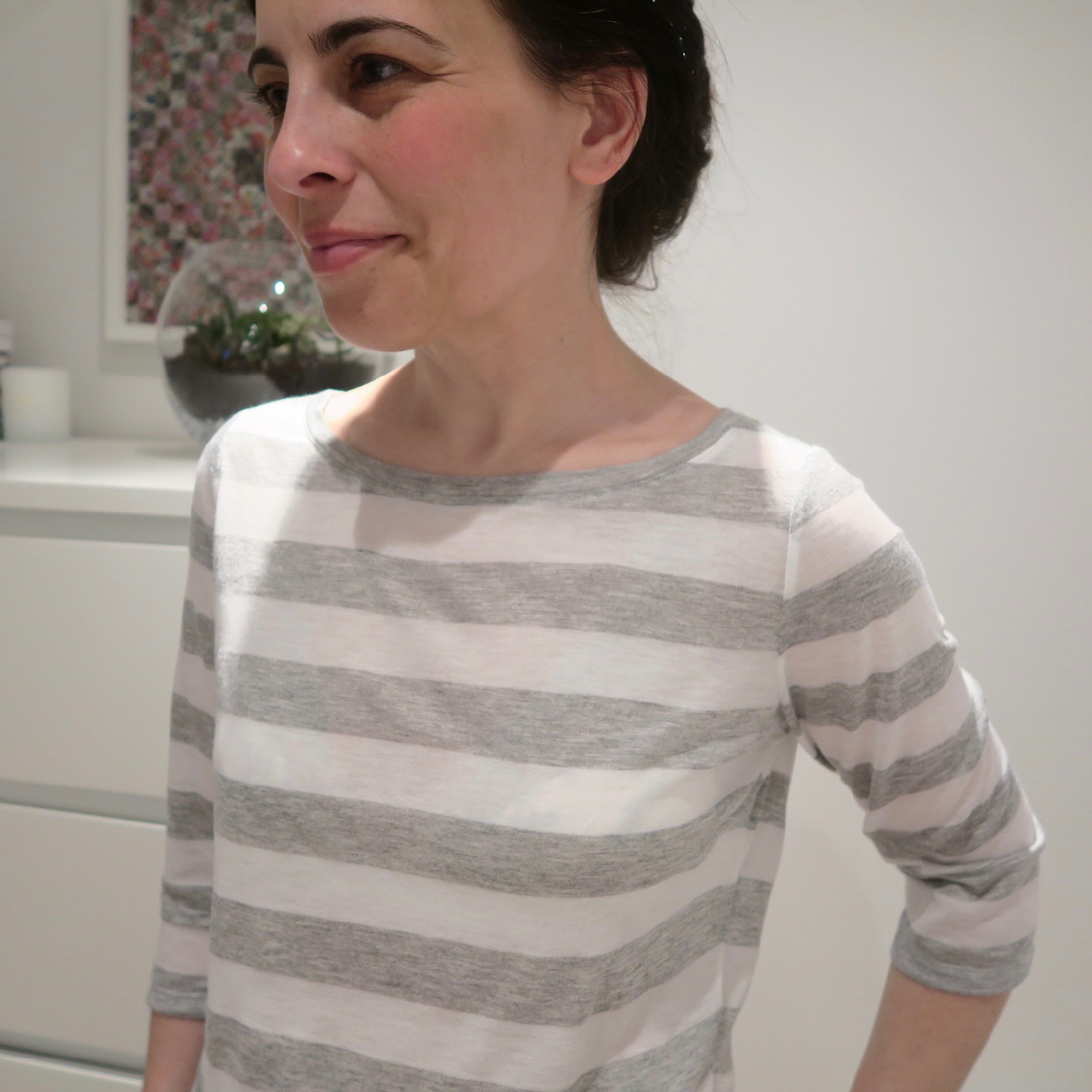 I was sent this fabric a few weeks ago by my lovely blog sponsor, Girl Charlee, after much debate about the virtues of different fabrics in relation to retaining one's modesty (i.e. one's bra not being entirely visible through it). 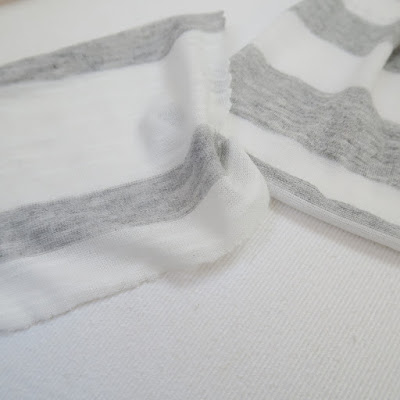 In the end, they sent a few different samples of stripy greys over (Girl Charlee have so many knit fabrics that they actually have multiple varieties of grey stripes!) for me to choose from. Jen liked my original choice, the super sheer stripe on the left hand side, while Mark felt the slightly thicker knit jersey on the right may be more versatile (which led to some merriment over whether I would align myself with the exhibitionist or the prude!). In the end, I requested some of more demure jersey on the right and thought about drafting a habit to wear in the nunnery, while Mark filled me in on an exciting new line of lead fabric sheets they're soon to be releasing due to customer demand - apparently they're not overly drapey and require a welding torch and hammer rather than needle and thread, but they do cover all modesty! For colourways, they're anticipating stocking grey, dull grey, anthracite and original lead. But in reality, while my final choice is definitely comparatively less sheer, it's still actually an incredibly fine fabric! 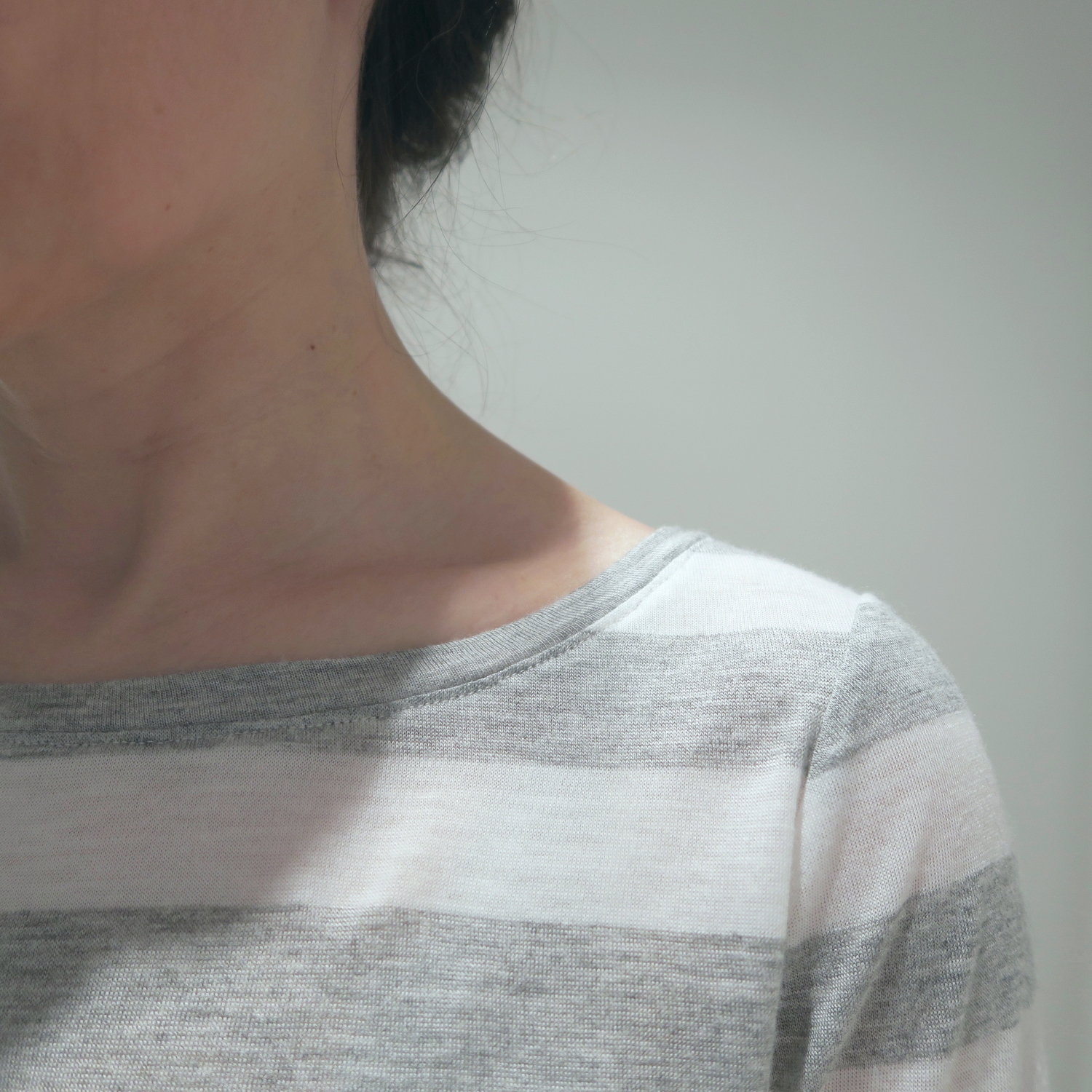 But ridiculousness aside, buying dressmaking fabric over the internet can be so tricky and it's a total delight that Girl Charlee are so willing to talk through whether a fabric might be exactly as I'm imagining it to be, if it will be right for an intended project and suggesting alternatives just in case it isn't.

Anyway, onto the actual fabric. This fabric is a real surprise. It looks almost identical to this fabric in terms of weight and sheerness, even though it isn't a slub, but the feel is like no other jersey I've ever felt. It is the softest jersey imaginable. It feels like the kind of thing that you'd wrap babies in. It looks like respectable daywear, but I secretly feeling like I'm going out in pyjamas each time I wear this top because it's just so ridiculously soft. It also retains the smell of fabric softener more than any other fabric I've ever known (dressmaking gives a perfect comparison place for this as, like most dressmakers, I prewash all my fabrics before cutting into them to avoid the finished garment suffering first-wash-shrinkage), which caused me to keep burying my face in it while I was sewing this. Fabric softener is one of my favourite smells - it smells like care, comfort and warmth all at the same time and possibly also has underlying connotations for me of momentarily being at the high point in the never-ending laundry cycle.

Which makes me suddenly want to ask (the point of my asking this comes much later in the paragraph - there is actually a link, even if you can't work out what it is yet) if you have a subconsciously collated file in your brain of nice things people have said to you over your lifetime - perhaps more passing asides than intentional compliments? What I love so much about them being unintentional compliments is that they're even more valuable because the accidental compliment-giver says the thing with little thought, not intending to flatter particularly. It just happens that their comment strikes a chord with a value or trait that delights you more than they'd imagine. And so you can quietly squirrel the compliment away in a nut pile without any awkward blushing or embarrassment. That this would count as one of those nuts possibly makes me odd (you've finally got to the link), but over a decade ago, when I sold some of my then-toddler's clothes on eBay, the buyer reviewed the transaction commenting only on how amazing the clothes had smelt when she unpackaged them and then sent a message asking which washing powder I used. For some reason a stranger at the other end of the country thinking that our clothes smelt nice made me feel really happy. I can actually think of two other nuts in the pile involving smell, but only because I'm thinking about it. The other nice thing about this particular filing cabinet is that I can't remember a single other thing in it as contents from it reappear through word association just as unexpectedly as the original compliment did. If you were just able to rummage around in there and see them in a great big list, I think they'd cease to feel so special. I would love to know if anyone has a similar mental filing cabinet. I would also really love to know what's in it, but appreciate people may not want to share their nuts; I feel quite protective of mine too, which is why I'm revealing only one of the scent-related compliments. 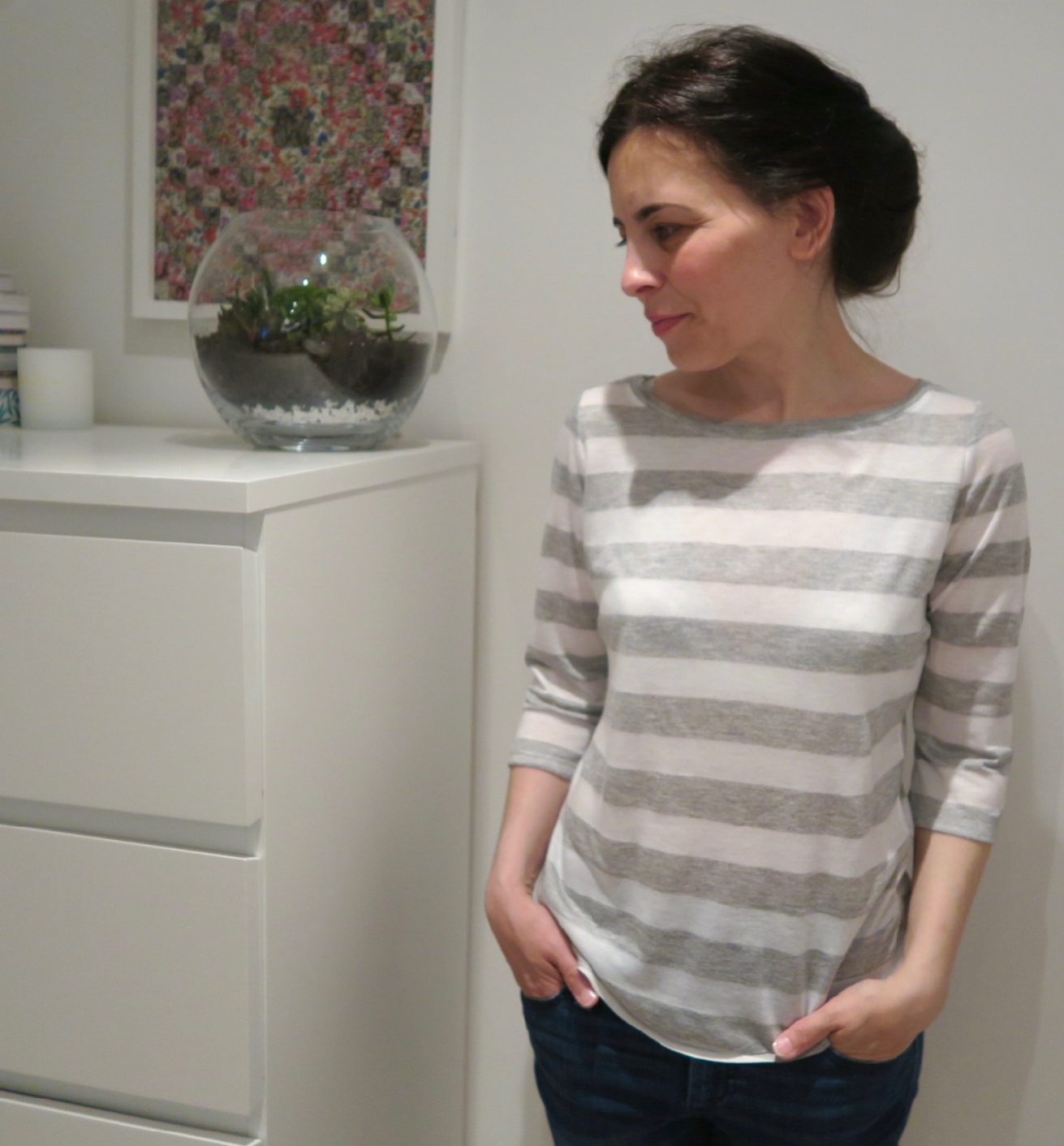 So, having quickly detoured around a squirrel, eBay, communications from the North of England and the random contents of my head, the one thing that I'd change about this top is that for some reason I did a far narrower hem than my usual chunky 1" turn up and I'm not so keen on this as it looks a bit less 'finished' to me. I often seem to do this during dressmaking: that is make some small, random change that later perplexes me as to why I might have done it.

Ps. You can get 10% off fabrics at Girl Charlee using the code 'Flossie'.