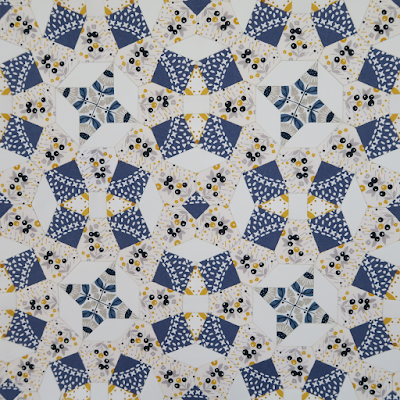 I've been tweaking the pattern for this on-and-off for months and it feels like a lovely thing to finally be at the point of sharing it here. I was going to stop at the size pictured above, but I'm finding making the blocks addictive and now have plans for something as big as the quantities of fabrics that I have will allow for. The design consists of three blocks (one large, two much smaller) that can be replaced in repeat over and over to create enough piecing for whatever project you'd like to make, whether that's a cushion, wall-hanging or full-sized quilt. 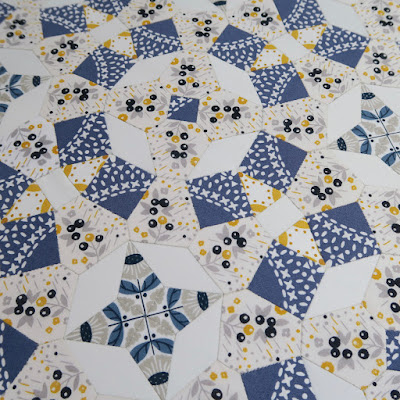 The name is taken from a place in London's Covent Garden, called Seven Dials. It's a spot where seven cobbled streets converge at a tiny roundabout, on which a sundial towers. The roundabout makes an unlikely gathering place for people to sit, eat, drink or chat and, when I worked in Covent Garden myself, I'd sometimes take my own lunch there too. There's something relaxing about watching the black cabs and cars circling around and it's too small an area for them to go at any great speed. When I was naming this pattern, seeing how all the pieces seem to lead back to a central point reminded me of Seven Dials. My piecing actually has eight 'dials' though, hence the name change (which actually feels totally in keeping, as Thomas Neal, who designed the area in the 1600s, did similar when he increased the number of streets converging there from six to seven). 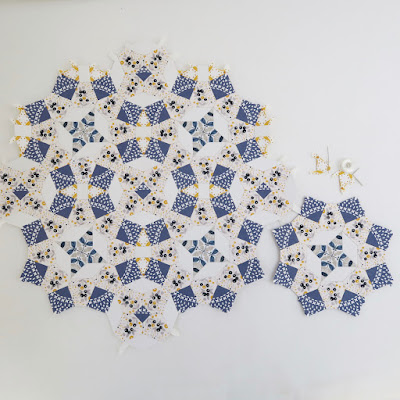 The pattern goes together quickly and easily and is suitable for beginners and old-hands alike. Included in the PDF are:

NB. Be sure to print the pattern at 100% with no page scaling options set, so that the pattern pieces print at the correct size. 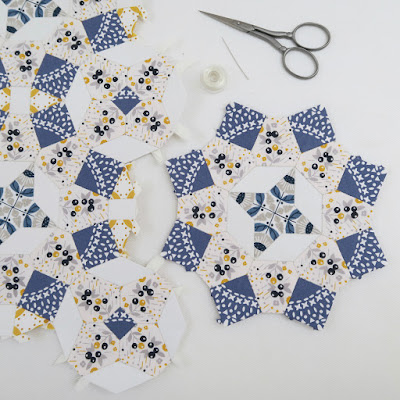 My piecing here uses a very limited collection of fabrics and I'm really enjoying that; once I'd decided on my fabric there's been little to think about other than the repetition of wrapping and stitching, so it's a great project to quickly prep and take along in my handbag.

I've also been working away on an alternate version of Eight Dials though and that one features a riot of colour and print - I'll share that in another post. As each block is different, choosing fabrics takes a little longer, so it's my inbetweeny project that I'm tackling on days when I have more time to ponder. It's interesting to see how that profusion of different fabrics affects the appearance of the underlying pattern - it looks utterly different and the feeling of interlinking, connected blocks is lessened, but it feels quite joyful for its lack of structure. 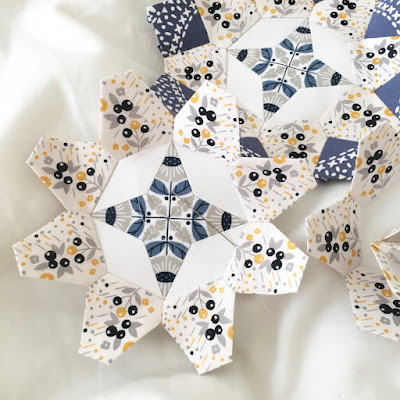 I owe a a huge thank you to Annah, who generously saved me from days of replanning (and quite possibly weeping and other self-indulgences that may have involved lying in a crumpled heap listening to Morrisey songs), by sending me some of the Elizabeth Olwen fabric seen in the piecing below. It's an older fabric that I was having trouble finding online and not being able to get any more would have brought my piecing to a standstill. I'm so grateful that this was avoided - thank you so much, Annah! x 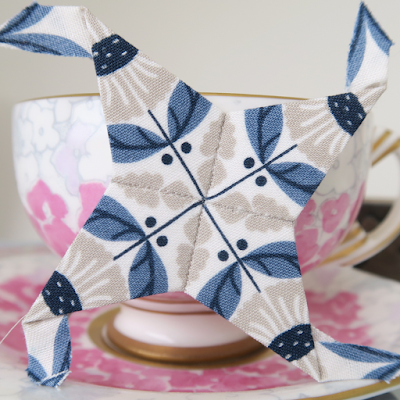 I'm using the hashtag #eightdials for this pattern over on Instagram, so do have a look if you want to see my other blocks as and when they appear (or if you want to share your own, which I would love!)

If you would like any extra information on English paper piecing, I've written posts about how to fussy-cut fabrics; shared my favourite thread for EPP; done a huge amount of geeky research to discover my favourite needles for EPP; discussed how to frame EPP; and written a beginners guide to EPP back when I was still a beginner myself (I must update that at some point!).