Giveaway winners and notes from my week... 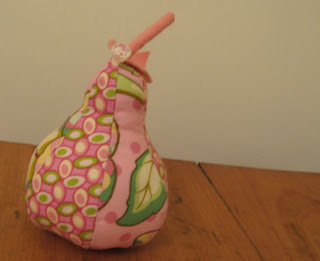 After a difficult sewing session mid-week my machine stayed under its cover harbouring troublesomeness - its tension was all over the place and the perfect stitches that I have come to expect from my lovely machine during the four years that we have known one another seemed to have disappeared. In the 1980s my sister and I used to watch a sitcom called Girls on Top, featuring Jennifer Saunders, Dawn French, Tracey Ulman and Ruby Wax - at the time it seemed like one of the most amusing and brilliantly scripted pieces of comedy that I had ever been permitted to watch - in one particularly memorable episode Dawn French falls ridiculously (and unrequitedly) in love, and wafts around her flat dreamily, eventually crashing onto her bed melodramatically declaring: every song on the radio seems to mean something. This used to make my sister and I howl with laughter, perhaps because who hasn't listened to a song at some point and self-indulgently related the words to their own situation? Anyway, I won't reveal which particular mournful line it was that Damien Rice sang that I managed to relate to my sewing machine not working, because that would simply be too humiliating, but the fact that I was able to do it at all perhaps suggests how distressed I was feeling about this loss of service and reliability! Part of me wanted to rush it to the sewing machine repair shop, the other wanted to delay this inevitability in case they told me that it was beyond repair, but yesterday I did finally take it in, if only to avoid having to listen to Leonard Cohen, which would have been the next logical step. What a wasted week, one turn of a screw and it was fixed, and the lovely man in the shop even gave me a new spool stalk when he saw that mine was bent....and all without charge (although I was so grateful that I wouldn't need to be without it for a week that I did feel compelled to leave a small amount). On the music front, I am now listening to Josh Ritter...who is our new favourite singer and I can reveal that I have applied none of the lyrics to either myself or my machine (the link is to one of his most hectic Dylanesque songs, but this one is a little more subdued if you have a headache). 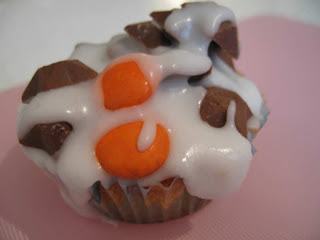 So, during my almost stitch-free week I turned my attentions, with dinosaur-boy and Zebra-girl as my assistants, to cake-making. Recently I've noticed that food manufacturers have been forced into stating in brackets the origin of their gelatine on the listing of ingredients. As children, probably due to not being able to face the consequences of her offspring being ostracised further by having to refuse jelly at birthday parties, as well as the mini-sausages and ham sandwiches, my mother happily encouraged my sister and I to take part in a little self-deception ("I think gelatine is made from the dripping of melted down horse hooves, which makes it more of a by-product - like eggs or milk), but now that the word 'beef' appears after the word gelatine (so WHAT were the horse hooves all about?!) this trick no longer works for me. I called a crisis meeting with Mr Teacakes and a gelatine policy was decided upon. "What do you mean no jelly lemons and oranges?" Zebra-girl squeaked, aghast, when I broke the news to her at the start of a cake decorating session. It is for this reason that I allowed the children to make a consolation Everest cake, overloaded with Chocolate Stars and Smarties... I'm not sure there is a mouth big enough to nibble its way into that strange mountain, but they had fun creating it and the loss of jellies has thankfully been forgotten.

Anyway, onto my tiny giveaway...how lovely it was to hear everyone's best loved words! I was reminded of some of my own forgotten favourites: Eiderdown, Bumble bee and Marshmallow (yes, they of the gelatine-derived loveliness...oh how I shall miss them!) and I especially loved reading and learning about the words that had been chosen from different languages...I also learnt from the emails that were exchanged following one of the comments that there are a lot more rude words beginning with S and ending with M than you might first think...but perhaps it's best not to ponder on that for it worries the spam filter and causes an unhealthy amount of filthy laughter).

Some of you - those that haven't been squirrelling the discloths away already - asked where I'd bought them: Waitrose and Sainsburys and I can only implore you to rush to the cleaning ailse immediately and stockpile the floral loveliness in a way that leaves my own stash looking completely sane and rational in the eyes of Mr Teacakes.

This weekend has been so busy and full of lovely visitors that I haven't managed to find a time to get my little Teacakes to do a draw with me, so instead I have used a rather dull and soulless 'random number generator'...it said it was picking pseudo-random integers, whatever they are...so it feels doubly random to my mind. By the time I'd tried to count around some of the commenters who very sweetly left their favourite words, but asked to be excluded from the draw on the grounds that they too had been doing their own bulk-buying, I think that Bec of The Small Stuff and Jo of French Knots are the winners, so do please email me with your addresses, and I will try and get myself to a postbox at some point this week!

(The pear at the top of this post is a pincushion that I made for Ian's mother some time ago that seems to have previously escaped being blogged! Pesky pear.)

Hope you have all had lovely weekends. x