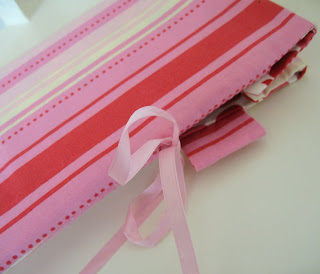 As Zebra-girl occasionally asks to look at the pictures on my blog at the weekend I thought I'd leave showing some of her birthday presents until now, but as I've worked on little else all month - curtains, quilt, sewing box....photographed here is just the tip of a very large fabric iceberg - I'm quite desperate to start sharing some of them and actually getting back to writing on my blog occasionally! On a day out with Helen et al, we both bought some blank artists postcards in a discounted art supplies shop and she very cleverly came up with the idea of making them into little postal-themed packages to give as birthday presents...I knew Zebra-girl would love this idea and so created my own version for her. 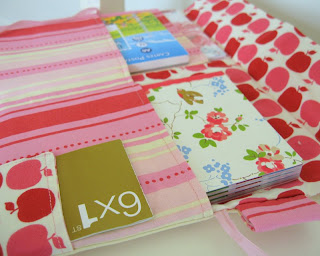 It includes a book of stamps, the aforementioned blank cards, some Cath Kidston postcards and a Cath Kidston Address book and a space for her pen. I loved stationary as a child and remember the pleasure of filling a fresh book with the names and addresses of everyone I knew - I am hoping that with all these items put together in one place it might give my little Zebra the freedom to write private letters whenever she wants and I know that her grandparents would love to be the recipients of her own unprompted missives. I am also imagining crisp autumnal walks to the postbox with her...so you can see my imagination has quite run away with me. 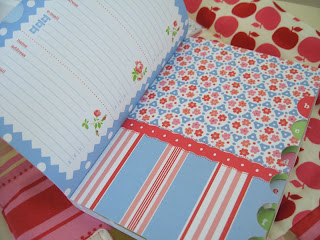 Aside from the items that fill the stationary holder, when I looked at the gifts we've chosen for Zebra-girl this year (for I always review the present pile to make sure it is not found wanting a couple of days before the giving) I realised that with no initial conscious decision on our part, they are all mostly hand-made (for Ian has been busy creating his own presents for her too) or there to encourage the hand-made. After recently hearing about the scandal of the Chinese baby formula milk, on the tail of last year's revelations about the safety of toys made in China, I think our idea about what we want to surround our children with is changing. I've always favoured German-made wooden toys, largely from an aesthetic point of view, but also because they just felt 'right'...now I realise this instinct was a good one, but still our house is filled with a depressing amount of brightly-coloured plastic. As we discussed the lack of scruples of the factory bosses who'd been involved in bulking out the milk with melamine, Ian looked around the playroom and said his feeling was that he wanted to get rid of it all, but not only that, that he felt that everything was a little skewed at the moment, that we should be aiming for something simpler than what we were currently surrounding ourselves with. So in some ways these birthday presents reflect that (a fortunate coincidence). Looking through the children's toys we have found that so many of them are Chinese in origin that there are simply too many to abandon...I hope that we are not making a mistake in keeping them, I worry about what a childhood of constant contact with toxic chemicals will do to this generation of children (it is now near-impossible to find even school clothes not coated in Teflon to make them crease-resistant, storm and stain proof). When we've talked about these issues with our children in the past, Zebra-girl has taken to frantically checking the underneath of her toys and on finding ones that bear the Made in China stamp has been keen to give them away or we have found that her fondness for them has quickly evaporated...so we have tried to stop entering into discussion with her about it. Some days the long-term risks we all live with seem manageable and easy to put to the back of my mind, but on hearing about the poor babies in China, for this week at least, it suddenly all seems like a very real threat. 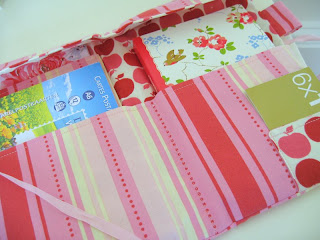 And now after that rather down-beat outpouring I'm wondering whether the once-a-month posts weren't such a bad thing...I must go and listen to some Mr Ritter wonderfulness and then everything will seem loud and right again (I say Mr Ritter wonderfulness...but actually I prefer listening to Mr Teacakes version of this song...so I might go off and find him instead).
Email Post