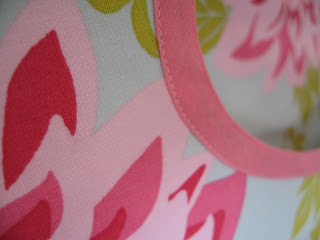 The above was something of a peg bag emergency for me, if there can be such a thing. One of my loveliest local customers asked if she might call round to pick up a doorstop that she'd seen on my website...and would it be possible to make her a peg back to collect at the same time. I was in the middle of making a kimono at the time, so the room was rather a thready mess of material that the overlocker was spitting at me (because who actually remembers to attach the thread catcher before starting work), so it was a challenge to clear enough thread-free space to start working on something else entirely. 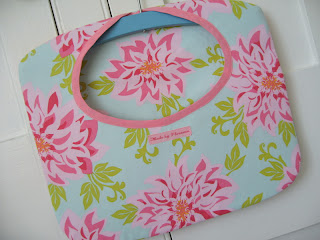 I'm sure if I'd not had a deadline to work to I could have spent several hours drafting and redrafting a peg bag pattern, but as I only had 1.5 hours to draft and make it, it put an end to any such procrastination and dilly-dallying and made me uncommonly decisive. It was one of those wonderful days when the bias-binding behaved so well that it was almost as if it had bound itself and I'm now dreaming up projects just for the excuse of using more of it. 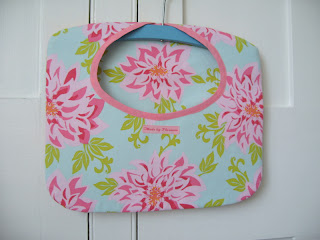 The kimono is now nearly finished (the making of it having been punctuated by several smaller projects as well as the peg bag) and I have several bags to share just as soon as I'm sure that they have been received. Below is a custom order for an owly pencil roll. 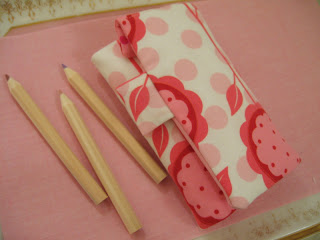 I was particularly delighted to find a Jennifer Paganelli fabric that seemed to me to have obvious owly eyes within its floral pattern. 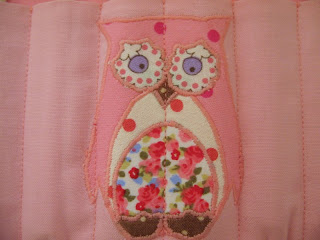 The little pink and gold tray that it's on, I am quite in love with - purchased at an antiques fair a couple of weekends ago, the lady told me it had belonged to her grandmother. As a sentimental hoarder it always amazes me that people are able to part with these things, so I amused myself by imaging that the grandmother in question might have been a fearsome old dragon who was best forgotten...but her china tray feels so happy I'm not sure that can be true. 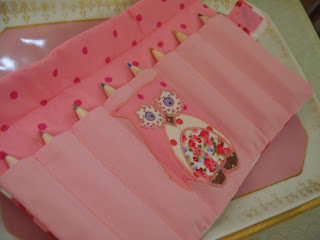 Anyway, it's now hideously rainy, so I am planning an afternoon of cosy, central-heated stitching finishing up a few orders and then tomorrow will perhaps venture outside to buy some wool suiting for a dress that I'm about to start work on - I'm most excited about this - it will be my sister's Christmas present and, having become more attached to my overlocker over the last few months, and also having bought this book, which teaches some of the basics of dressmaking that I had previously been guessing at, there's nothing I'd rather be doing. Thus far my sister seems to have been the sole recipient of my dressmaking attempts (yes, the latter found a home with my sister and she has worn it so frequently that the material is now beginning to bobble. How pleasing...sort of), then I am also now drawing up designs for myself, that may or may not see the light of day depending on how this third attempt goes.

Thank you so much for the cushion love of the last post by the way...just in case anyone wanted to make something similar, if I had access to it (I don't - in the colours I wanted this was the only width of velvet I could get purchase, but who knows what vintage lovelies you might have in your own sewing drawers) then I would use much, much wider strips of ribbon and think that this would go a long way to making it a less stressful, impish project.