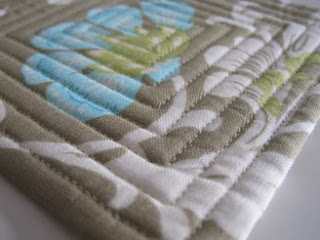 This is just a quick hello post as it seems like such a long time since I posted and I also wanted to welcome anyone who has come over from the wonderful How About Orange... - so lovely to have you here.

On Saturday I will be leaving the country for the first time in nine years for a quick weekend away with my sister, so in between dancing up and down occasionally, I've been working on a free tutorial for the coasters above...my writing this has come about fairly organically as I went to make some coasters at the weekend for my father and found that all my attempts at following the conventional route of construction (making a little square bag, inserting the wadding, folding in the side and then quilting) resulted in coasters with very slightly wavy edges. No amount of careful pining beforehand seemed to stop the coasters from changing shape very slightly under the density of the quilting. After sleeping on it, I woke at 3am with the answer in my head. My new way of making coasters has edges that are self-bound after quilting to make them extra square. It also means that if you want to play with contrasting fabrics, then you can (you can't see the binding on the photo above as it only shows up on the other side, from this side they just look like regular coasters). The tutorial will hopefully appear on here tomorrow or Wednesday. 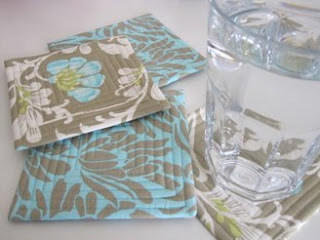 But in the meantime I wanted to say thank you for the lovely links that you left in the comments section of the last post and also to thank you so much for all your votes and enthusiasm for my entry into Spring Top week. I think I came either second or third...or maybe fourth - it's hard to know which as one of the tops (the grey jersey one) suddenly galloped ahead having accumulated nearly 500 votes in the last hour or so of the competition (I was fast asleep by then) and knocked the top that had been the favourite throughout the final round from its winning position. However, Rae decided to go with the top that had been in the lead from the start and I'm so pleased that she did: the best top definitely won and I wish that it was in my own wardrobe (because it's gorgeous...not just because it's won a whole load of wonderful prizes!). Adrianna, its maker, is one very clever seamstress. Thanks so much to Rae and all the judges for their work to make it such fun. And guess what...all the makers of the final tops have been invited to be judges next year! Hurrah! 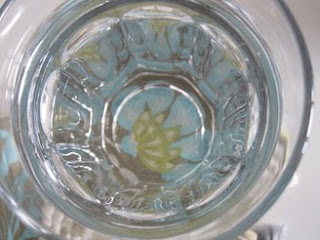 So I didn't win Spring Top week (no surprise...but a completely thrilling surprise to find that my top made it to the final when there were so many other lovelies), but Colette from Sew Tessuti wrote to me last night to let me know that I had won their 18th birthday giveaway! Readers of the last post will know quite how much I love Japanese pattern books...and picking one from their huge selection was actually the prize! (I know, this is an appalling overuse of the exclamation mark and many of you may have stopped reading at the second one, but I feel that my excitement can't be properly conveyed without them). If you haven't heard of Sew Tessuti then it's a fabric shop based Sydney, Australia and they have a completely dreamy range of Japanese Pattern books as well as a really good selection of fabrics. 'Delighted' doesn't quite sum up the feeling of butterflies dancing in my stomach as I read Colette's email and then spent a happy hour trying to decide which book to choose. Eventually I chose this one as I don't have any pattern books for making children's clothing. I shall try not to hover by the postbox too much as I have no idea how long it will take for my book to make its way across the seas. 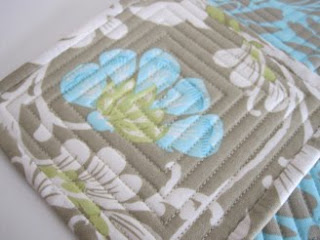 You can see the binding in the above picture. I chose not use contrasting fabrics here, but I'm going to make some for Zebra-girl and Dinosaur-boy that do.

I hope that you're having a lovely week.