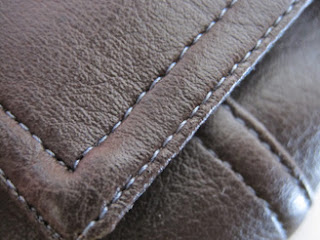 I never thought that sewing would bring quite such a moral dilemma for me as the one that has been circling round in my brain over the last month...but I think it's finally solved. It's 29 years since I've eaten meat (the last bite finally occurred aged 4, having previously spent a great many mealtimes weeping over a plate of sausages) and I rarely think of the ethics or health reasons behind this - it's as ingrained and unimportant to me now as the fact that I have brown eyes (and trying to convert people to vegetarianism would seem as odd to me as trying to persuade others to wear brown contact lenses...it wouldn't happen).
As with recycling, self-sufficiency, how much television one's children watch or even how much fabric one should have in one's house, everyone draws one's line in different places...rarely a straight line, more a squiggly line that curves around to include some things and skirts around to exclude others. So while I don't eat meat or fish, I have always worn leather shoes and carried leather bags without thinking twice about it. 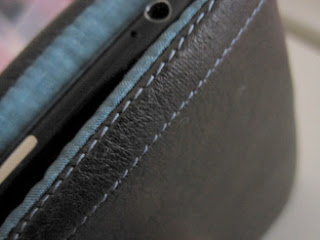 So at first when an all-consuming, tidal wave of an obsession about wanting to sew with leather came in and practically knocked me over I wasn't too concerned. I craved the soft, tactile feel of the fabric (because that's how I was seeing it - fabric, not a skin) and the sense of having left no material unturned (or unsewn). I desperately wanted to make leather bags and daydreamed almost exclusively of making plaited leather bag handles. I soon found myself investigating leather suppliers, where I discovered that they talk in a different (and to me, unsettling) language to fabric shops...things are not sold by the metre...but by the hide....and the skin is left shaped where it has been taken from the animal just above the legs and shoulders. I was still dreaming of plaited leather handles, but also feeling a little uncomfortable. 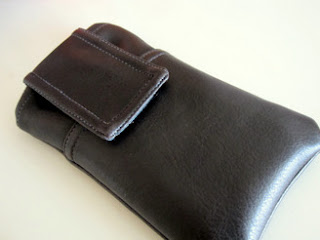 Somehow the idea of buying a ready-made leather handbag feels very different from having an entire animal skin shipped into my house. It felt like I might be about to go down a road that would ultimately make me feel BAD...and even though he said I should do whatever I felt was right for me, the fact that my husband stopped buying leather shoes over a year ago made me feel like it was a decision that was weighted. Would I look back on it and see it as the moment when our paths began to go in different directions?  Would the leather arrive and I'd suddenly realise that yes, indeed, it was the the skin of an entire beautiful piglet that I had on my work table...and just want to cry?

I think possibly yes, so it was with a heavy heart that I decided to start investigating that rather upsetting material that has become known as 'leatherette'. Just the term made me cringe...conjuring up images of nasty unstrokable plastic and thoughts of 1970s table cloths...my search took an unfruitful week. I read of PU leather, that sounded amazing (polyurathane leather - and I realised that I already had a couple of shop-bought things made from it, that I had never realised weren't real leather), but my search for suppliers of PU leather only brought up wholesale options from China. And finally when I was about to give up I found that the very wonderful Cloth House had made a decision to stop stocking leather and so had scoured the world looking for the most realistic alternatives and now had some in stock. 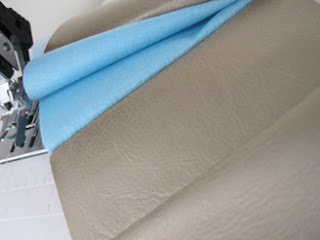 When I finally got some of their choice selection in my paws I have to admit that my first reaction was utter disappointment and an overwhelming desire to cry. When I see fabric my instinct is always to take it between my thumb and forefinger and rub, which I did here. But the rubbing test felt all wrong: while the top side felt like leather, my forefinger was met with odd synthetic backing fabrics where soft suede should have been and so my mind wasn't able to believe that it was a good leather subsititute. I bought only the smallest quantity of a few colours - a token purchase to prove to myself that I had given this synthetic leather a chance and left the shop feeling glum.
However, once home, Mr Teacakes said that he'd really like me to make him an iPod holder from it, as whatever I thought about it, he couldn't see how it differed from the real thing and would really like a more wintry cover.  And do you know, he's right. When the backing side is tucked safely away, stitched into a place that fingers can no longer reach, I am left with an ipod cover that feels...ummm.... like it's made from real leather. And not just any leather, but that lovely kind of leather that Penhaligon's used to make their slippers from...the kind that requires that you to sit and stroke your own slippered feet for the entire evening because it's so deliciously soft.

So with a little more confidence I set about making a 'leather' bag...to be continued...