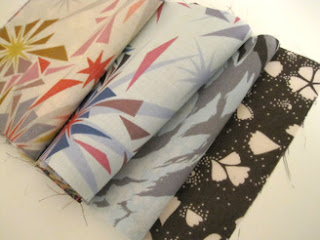 Happiness inducing things this week are:

1. Finding that Colette Patterns have introduced a shirt for men to their range of sewing patterns. Nearly two years ago a young man working in Fabrics Galore revealed to me that he was wearing his own self-made shirt (the shirt in question was a perfect fit and doing some very clever things with the print direction of stripes that left me wishing that I'd spent my time at fashion college rather than winneting around with an unhelpful sociology degree). I've been itching to make a shirt for my husband ever since and I think this pattern could tip me over the edge into action. I've yet to use a Colette pattern, but hear so many good things about them that I feel most excited by the idea of this shirt. 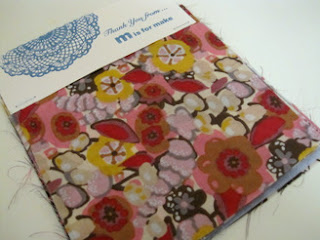 2. When I was very small, before I could read, each week I used to watch Jimmy Saville making small children's wishes come true on the television show 'Jim'll Fix It'. It came as a complete surprise to me to find many years later that his name wasn't actually Jimel, but that the title had simply included the abbreviation of 'Jim will', which had made it sound that way. A few weeks ago, feeling rather like a hopeful child writing to 'Jimel', I wrote to Kate (proprietor of M is for make...) and trying my hardest to be non-pressuring, I suggested that I might not be able to carry on living if she didn't take it upon herself to make up little sample packs for sale of the new Anna Maria Horner Innocent Crush range. This desperate plea came as the result of a severe case of Purchasing Indecision and a wish to have a better idea of what the whole range is like in the flesh. Kate may now be a shadow of her former self having spent hours cutting up squares without the help of a rotary cutter, but she was enthusiastic about the idea and so does now have the whole range of voiles available to purchase as a sample pack of 5" squares, so that you can flick through them and ooh and ahh over them to your heart's content. Hurrah! You can find them here, priced at an insanely reasonable £2.50. I think Kate is entirely worthy of being rechristened Katel for her efforts to make seamstress' dreams come true, but can understand that she may wish to distance herself from any further Jimmy Saville comparisons, so I will just say instead that I am very thankful indeed and that I am enjoying leafing through my Innocent Crush samples very much.

I wish this kind of thing was available for every fabric range - there's something so lovely about being able to colour match and feel the weave and weight of a fabric in your own home, without the guilt of asking for lots of free samples not knowing whether you'll definitely want to buy any of them (I feel more comfortable paying for my indecision)....and really, even if you have no intention of sewing from a certain range, sometimes there's an inexplicable need to just possess a little snippet of certain fabrics (I'm finding this increasingly with pink fabrics - I have little need for them, but that doesn't stop me from wanting them). The voiles are different though - I can see myself working my way through every one of these lovelies. 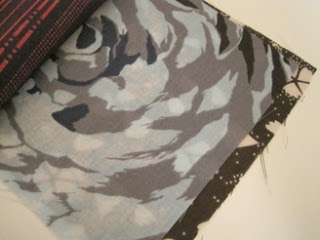 3.Quite a while ago I purchased a copy of Oh Comely magazine. I didn't blog about it at first because I couldn't make up my mind what I thought of it. A few of the articles made me feel a little old (my feelings of premature aging began when one of the writers was impressed enough to mention his interviewee tearing apart the furnishings of a hotel room in an attempt to improvise a corkscrew from them), but in retrospect I think I'm willing to suffer the indignity of feeling pensionable at 33, because so many of the other articles were really fascinating, well written and focused around interesting people. No matter how much I enjoy an article while I'm reading it I rarely remember it beyond that week, so it's taken me by surprise that a few months later several of the Oh Comely articles have stayed with me - one about urban night climbers, another about the motivations of a female taxidermist who uses her skills to create pieces of art (I'm sure there were some bird heads assembled in a way that first made you think it was a flower arrangement), as well as some really fantastic articles written by the magazine's creators about, amongst other things, their own attempts at some small scale guerrilla gardening, commenting simply on the day to day process of this and the problems they encountered in doing it (I loved this one particularly as the activities took place in Old Street only metres away from where we lived when we first moved to London well over a decade ago...a place in dire need of some guerrilla gardening). It's unlike any other magazine and I think this is what makes it so memorable, as well as that it seems to be put together by really nice people whose personalities come through on the pages.