Gifts from my husband 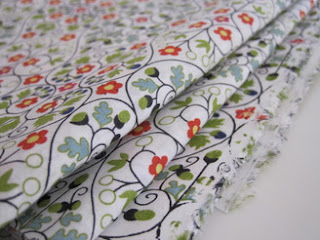 I mentioned in my last post that I was making a shirt for my husband to celebrate our wedding anniversary (hopefully I will show you this in my next post). Some years we tend to make an effort with anniversary presents and some years we don't, depending on whether we can think of something that is just right to give. This year he surprised me by ordering some fabric for me from Liberty featuring Lauren Child designs (of Charlie & Lola wonderfulness). I had shown him the new Liberty collections a few weeks ago as we both love her work, as well as that of Quentin Blake who was also asked to design for Liberty, and it was a complete delight to see their designs translated onto fabric. You can read more about them on the Liberty blog. 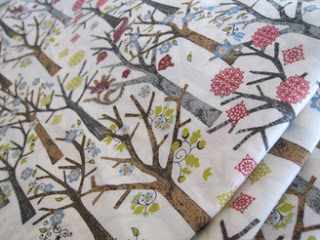 The brighter print at the top of this post is destined to become a summer top for me, perhaps based on this pattern. The design featuring trees I put straight to use and worked into the Negroni shirt that I made for my husband (the shirt pattern didn't arrive until after our anniversary...so his gift is a belated one) so that snippets of it appear inside: I thought that it might be nice to have a secretly tree-lined neck. 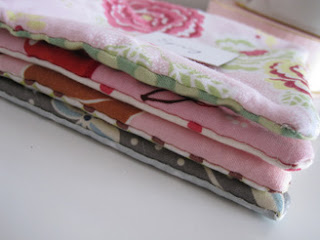 This is not the only fabric-related bit of goodness that my husband has been up to recently though - for Christmas he made me some beautiful fabric coasters. He ended up learning back stitch, running stitch and ladder stitch - quite impressive for a man who has never touched a sewing needle before (apart from to remove the occasional stray needle that I leave in our bed. They regularly seem to implant themselves in the thickness of the duvet and their presence is only discovered when they pierce someone having broken through to the other side of it...I am always stunned by Mr Teacakes' good humour in the event of these unprovoked attacks). 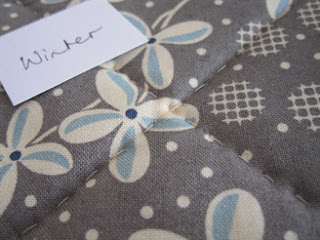 Having raided my fabric drawers, he stitched these entirely by hand. He picked fabrics that might represent each season so that I can use them in rotation at my sewing desk. 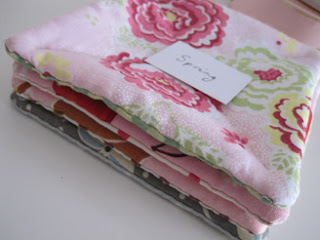 A few days after Christmas I asked him where he'd found the paper that he had layered in between the coasters...he'd apparently bought them especially. I felt more surprised by this than the actual coasters in some ways...that he has noticed that it's not just about what something is: it's the way it arrives; the way it is packaged; the details that are remembered even after they have been discarded, that really make me love something. 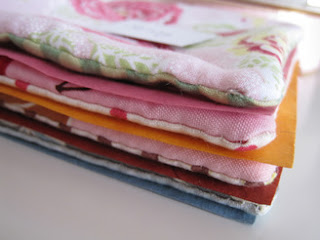 So it is a decade that we have been married and nearly fifteen years since I met him as an eighteen year old and he is still surprising me and still paying attention to what makes me really happy. And it is this that makes me feel incredibly lucky and makes me think that he is so fiercely fine. This, and his cheekbones.
Florence x
Email Post