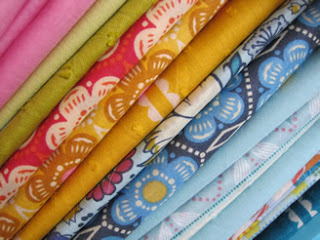 Sometimes, despite spending hundreds of hours a year sewing, cocooned by threads and fabrics, it simply does not feel quite enough...I still feel hungry for greater immersion. While the desire for 'more' can be well supplemented by reading blogs, pattern books or instruction manuals (yes, I have to admit that they can sometimes serve as bedtime reading), they have the not entirely restful effect of only setting my mind racing further with new ideas. Sometimes what is most welcome is a whole novel around the theme: somewhere to become further absorbed, yet stilled at the same time, by pages that are saturated by descriptions of textures, processes, smells, the feeling of working with tools and of being skilled in something, the meditative quality of being so focused in on something. I have never particularly sought these books out, but the delight is immense in beginning a book and finding by chance that I can become immersed not only in the story, but in a character's creative processes. So I thought that I might share with you some of my favourites: I recommend these not on literary merit, but for the sheer joy of losing yourself to the heady descriptions of things being made (so if you are a very high-brow sort of reader, you may wish to look away).

The Blood of Flowers

- Anita Amirrezvani - Set in Iran, not only does this book hold a wonderful and enlightening story (albeit a gruelling one - this isn't the aspect that I focus on here, but I should warn you that it is for the most part an upsetting and awful story, but one which is very much worth reading). Woven throughout the latter part of the story is the central character's journey as she learns to make carpets - the lengthy and involved descriptions of the design, planning and creation of the carpets have not been popular with everyone (most of the people in my book group skim-read these bits and felt they interrupted the flow of the story), but I found them utterly captivating. They go alongside some fairly raunchy sex scenes too...

- Dorothy Canfield Fisher - This is a book that has been published by Persephone, so comes bound by one of their beautiful grey jackets, which only adds to the loveliness. This story was first published in 1924 and tells of a woman stifled and embittered by her role as homemaker caring for her children and rather spineless husband. When her husband is bedridden after injuring his back, husband and wife are forced to swap roles and while the children blossom under their father's care, Evangeline comes alive when she takes on a role in a department store - it's here that her love of fabric and clothing is indulged and she forges out a successful career and a life that is newly fulfilling, which may sound rather pedestrian, but for the time, her new purpose within the family was far from conventional and it is fascinating to read about what drives both her and her husband as their role reversal unfolds (despite Evangeline being fundamentally dislikable for much of the book).

- Adrianna Trigiani - These books suffer from having awful front covers that belie how well researched and readable they are. The former focuses on the life of a seamstress, the latter on the life of a shoe maker. Both are essentially love stories set against the backdrop of a large Italian family, however, the descriptions of textures, materials, inspiration and creative processes are so wonderfully absorbing that for me her books transcend the boundaries of being forgettable holiday reads and make me wish that they'd never end.

- Richard Anderson - This book is for the true needle and thread geeks among us (myself included). It's essentially an autobiography of Richard Andersons's time at the Savile Row tailors, Huntsmans, and gives a fascinating insight into how a Savile Row tailors is run, the expectations of the clients, the pressures of the work, the characters that make up the workforce...but perhaps more interesting than anything were his descriptions of learning to cut patterns and the errors and triumphs he experienced in this process.

which she recently published, with this note attached: 'I am not sure if I've mentioned this book before but it's one I thought you might enjoy - quite an epic and very emotionally engaging, plus one of the characters is a dressmaker.' I'm yet to start on it, but I'm feeling hopeful that this too may have descriptions concerning dressmakery hidden amongst the pages...so this inclusion is on the basis of anticipation rather than having actually having read it, although my sister rarely recommends something for me that I don't like, so even if that element doesn't dominate I'm feeling enthusiastic about reading it.

Apologies for the lack of relevant photos to go with the books...the books, camera and myself somehow haven't managed to assemble ourselves in the same place at the same time today.

I'd love to hear any of your own recommendations for further immersion or your thoughts if you've already read any of these.

Ps. As an aside I thought I'd share with you that every 'i' in this post has been copy and pasted into place, as maddeningly the 'i' key on my laptop has stopped working...'z' would have been more convenient.
Email Post