A new dobby top and a non-sewing question 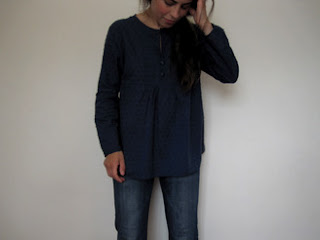 You might remember that a while ago I made this top from white cotton dobby. You can never quite tell whether something will become an integral part of your daily wardrobe until some time has elapsed. Sometimes, you initially think something will be as versatile as the butter in your fridge, only to find that it's the equivalent of some rose-scented ginger jelly: a nice idea, but in reality it goes with nothing and festers at the back of the fridge. Well, happily, that top ended up being an essential (buttery) ingredient and has had at least one outing every week. Which made me worry that it might get used up. Or worn away. And that I really might need one in my favourite colour: navy. Unfortunately, no amount of trying turned up some navy blue fabric that was just right (which actually wasn't very much trying at all, as it's the school holidays which meant that I had less than five minutes in the fabric shop), so in the same five minutes as my exhaustive attempts to purchase this fabric took place, inspiration struck and I seized the original roll of white dobby cotton and also added some Dylon fabric dye to my basket (in Jeans Blue, in case you're interested. I've found the Navy dye has a tendency to turn things black) so that I could rustle up some blue fabric of my own at home. 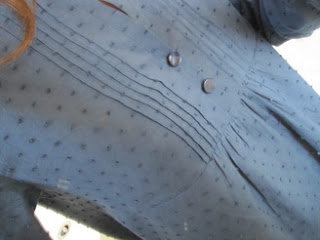 Despite the fact that the white top is still a lovely fit, I made this blue one a little bigger as I am feeling more chunky armed and thicker-waisted than usual this holiday (something to do with not having eaten sugar for the past four months...how does that work? It may have had something to do with becoming the human version of Squirrel Nutkin and developing an almond fixation...I won't be making that mistake again). 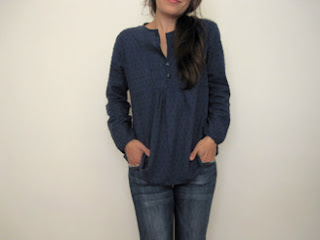 I realised while this top was being photographed that it still needs a few loose threads cutting off it. I wonder if they have a loose thread checker in clothing factories? 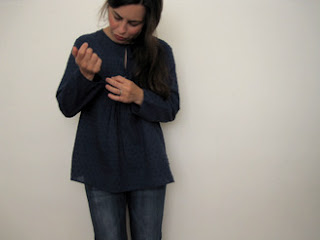 Anyway, I also wanted to ask you about hair. Grey hair. I keep discovering them and while my feeling about them is now one more of curiosity than distress, I can see that at some point soon I may like to embark upon the process of covering them up. For reasons of thrift, and because I'm not yet convinced it's necessary to go to a colourist when it comes to very dark hair, I'm considering colouring it at home. Do you have any tips about which make to go for? I want something reasonably non-chemically (but not henna). Maybe something that lasts 6 weeks...or even a little longer? When I was very much younger I used to dye my hair black, but coming to it a second time I feel slightly overwhelmed by the choice. I want something that makes my hair just look like my own hair without that scary purplish tinge that I've been warned dark brown colour can sometimes give. I would love to hear your suggestions.... 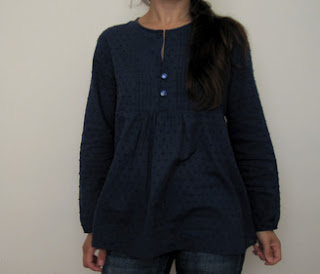 I'm off to the beach now. ﻿Wishing you a lovely weekend wherever you find yourself.
Florence x
Email Post