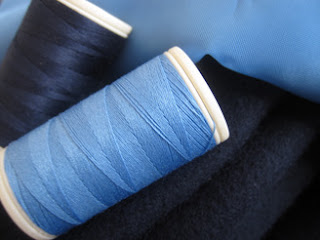 There's something about the inconstancy of an English summer that puts me so on edge that the crisp autumnal days where bluster and rain can be relied upon, no matter how unwelcome they might be, seem altogether more relaxing now that they have finally arrived. I'm happier now that I can stop grasping for the good in Summer and get on with thoroughly enjoying Autumn and all its leafy goodness. This enjoyment manifests itself in the wearing of multiple layers, closed-toe shoes and pashminas. I have to admit to wearing all three of these during summer at times too, but was chastised for doing so and it was suggested that I was seasonally inappropriate. Perhaps then it is being able to dress in a way that maintains a body temperature that doesn't cause the hairs on my arms to stand on end in a futile attempt at retaining heat without having to defend my sartorial position that is most liberating. 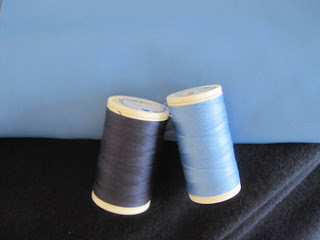 To celebrate September I have pulled from the cupboard some beautiful navy-coloured wool coating fabric that I bought on a whim last year - it's soft, beautiful quality and isn't unpleasantly thick or bulky. I'm undecided on how much I like the lively blue lining that I've picked out to go with it, but for now it is a part of my plan. It was a choice between this, petrol blue and um...navy blue. You can see that with this shortlist, I have the seized the boldest option: yes, I am fearless in the face of colour. A chartreuse green did cross my mind, but then quickly left it again.

Are you launching into new sewing projects or clothing purchases inspired by the change of seasons?