Leap, and the net will appear 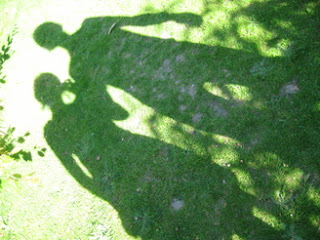 On this rather nothingish, middle-of-the-week, middle-of-the-month Wednesday, we are leaping, my husband and I. We have always felt incredibly lucky that for over a decade my husband has had a job that has felt utterly safe and secure working as the director of a web design agency. When I was 29 weeks pregnant with our first child, my husband sent his CV to a one-man web design business and this one man decided to take a risk and employ my husband. Together they built and tended to that small company as it grew to be a much bigger and more successful agency with over twenty members of staff. But eventually, rather than this security being liberating, it became smothering. His job was so solid that to do anything other than hold onto it would have seemed madness. And yet, it hasn't made his heart feel happy; as the company has grown and he has been forced to manage, rather than immerse his mind in the mathematical complexities of game design, this feeling of no longer stretching his brain or of solving problems for himself has ebbed away at him.

A few years ago, as a way of keeping his mind active, he taught himself to design iPhone apps and in the evenings began developing a series of educational games. Our children suggested ways in which they'd like to learn and our friends' children gave him positive feedback that suggested his games were actually really enjoyable. I wrote an article about sewing for a local magazine in exchange for some advertising for him and we gained more feedback, this time from the parents of children we didn't know, saying that his games were good.

And in the evenings, after yet another day where he felt he had only managed the work of others and become a medium between his clients and his team rather than doing the work himself, he would say to me: wouldn't it be fantastic if I could be at home all day designing these apps. And I would agree and we would say 'one day', never really knowing when that day would come. For a while, it was nice having that as a dream for the future...but then it became depressing. It was a dream that we talked about often, but one which it became apparent we would never have the chutzpah to risk following.

And then my husband's lovely father died, not long after two of my husband's young friends had also died. At 34 he had sung and spoken at more funerals than he had weddings (and at each I have never known where he found the strength to do any of those things). His, and my, sense of permanence, of our own mortality or what a life is was shaken and everything seemed to fall down like a row of dominoes and we found ourselves plodding through the worst year of our entire lives. I know that blogs can often look somewhat rose-tinted, but that's perhaps because they rarely feel the right place to share the intricacies of sadness; as Jane Brocket once said, that's something that is rightly reserved for sharing around the privacy of the kitchen table. But as we built things back up we began to wonder...should you wait until you have all your building bricks in the right places and the most stable of foundations to make the changes you hope for in your life...or will you never really get to a place where you have built those foundations properly if their stability is based on caution and fear? And so we have decided to leap.

Three months ago my husband handed in his notice at work. And we now look forward to a year where he will become more immersed in our daily lives. He has longed to walk our children to school in the mornings and to be there to help with homework and make the weekday evenings feel more like weekends while they are still young enough to want to sit and play boardgames with us, or listen to stories being read to them.

My mother sent me a quote last week. It was this:


Hope is an orientation of the spirit, an orientation of the heart.
It is not the conviction that something will turn out well,
but the certainty that something makes sense regardless of how it turns out.
This says it all to me. We have no assurances that our plans will turn out the way that we hope they might...but I have absolutely certainty that to try makes sense.

I also recently came across the quote at the top of this post, about leaping and a net appearing. We have found that this couldn't be more true. Nets have appeared from all around us. My husband has been offered a part-time design role at his work in response to his resignation which minimises our risk hugely, friends have offered him web design work if he'd like it, family have introduced him to wonderful contacts, while other family members have offered their unwavering financial support. And our people have listened, talked through our plans and then most importantly smiled and said 'I think you should do it' or 'of course he would make it work'. 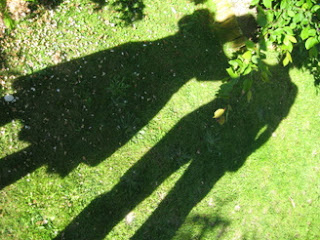 I've often written here that an Anais Nin quote gives me the courage to do many things that I'd otherwise turn away from. This has been true of my husband too - it's a quote that years ago meant little to him, but now is one that he too turns to.


And the day came when the risk to remain tight in a bud was more painful than the risk it took to blossom.
It may seem that we are basing large decisions on the back of inspiring, but somewhat romantic, quotations. And you'd be right. I'll let you know if this was sane or not at a later date, but for now, I will be enjoying sharing lunch with my husband.