A fledgling conquership & a request 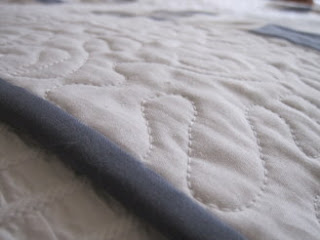 As you may be surmising from my lack of posts this month: I am either sewing like a little dervish or have disappeared into a pit of despair that prevents me from even having the will to turn my laptop on. Luckily, it's the former. And despite all the busyness (or perhaps that should be because of) I am having so much fun and have found myself throwing in unnecessary challenges that could make things go very horribly wrong, but seem to be landing sunny side up.

I'm currently writing a quilt pattern - yes, the one that I started over a month ago that has seen me spending days drawing shapes for the applique element of it and more days learning to use Adobe Illustrator properly so that I can digitise all my pieces. It's a pattern for a quilt top, rather than the whole quilt, which means that I won't be instructing on how to quilt or bind it (if you're looking for help with that though, you can see my tutorial about how to make a patchwork quilt from beginning to end). So when I finished the quilt top last week it should have been a case of quilting it in my usual, safe way with lots of straight lines and then getting on with writing the pattern up. But for some reason I decided to potentially ruin the freshly made quilt top by giving free-motion quilting another try (in the past my brief attempts have left me feeling a little like I've been having a conversation with someone in Spanish; a language which I don't speak). I wonder if the need to try again came out of a sense that I had no right to be writing a quilt pattern if I was still shirking the free-motion issue after four years of making quilts. But either way, I know that I've felt constantly frustrated that it wasn't in my repertoire of sewing skills. 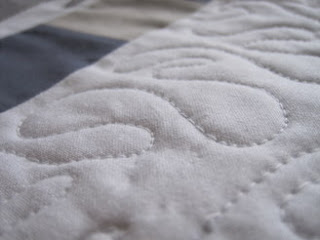 So I pre-wound several bobbins worth of thread, decamped to the dining room table where there's more space and began the adventure. To a seasoned free-motion quilter I have little doubt that there will be a hundred visible flaws in the curves and swirls that I've produced...but for me it was something of a fledgling success that I adored doing and can't wait to improve upon it. It made me feel slightly giddy when I stood back and looked at the entire quilt: I had finally conquered something that I'd thought impossible for me. 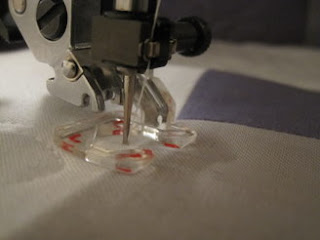 In between making this quilt and writing the pattern, I've also finally finished my mother's quilt which I'll hopefully show you soon. There has been an awful lot of hand-sewing as I've finished off the bindings for both quilts, which for me means that I get to watch television - something which I very rarely do. Last year, on my father's recommendation I started reading The Slap, but abandoned it half-way through as the characters didn't have enough redeeming features to make reading the rest of the book feel worthwhile. However, when Karen said that it had been serialised for television and that it was actually very good, I suggested this to my husband as the thing that we might watch while I did my sewing in the evenings. We have gobbled up all five episodes on iPlayer and now have a painful wait for each to be aired weekly in real time. The characters are only marginally more likable than those in the novel, but it's somehow very compelling viewing. So lovelies, especially the UK-based contingency...do you have any recommendations for what we can watch on iPlayer or 4od while we wait to keep us going? Every time we watch television we wonder at why we don't do it more often as it's so incredibly relaxing and provides some much-needed mindlessness (and I don't mean that in a derrogatory way or in a way that's a comment on the actual programme - I more mean that being passively entertained is a very good way of switching off). As my husband said to me last week after we'd been pondering over a problem: I'm coming to believe that thinking could be a very overrated thing.