It is with rather a large gulp of surprise that I've found myself on the list of nominees for Company magazine's Style Blogger Awards 2012. Company actually wrote to let me know last week, but the email ended up in quarantine and it was only when a reader (Joelle) very sweetly left a comment on my last blog post saying that she hoped I won, that I looked into it and first saw the nominations page and a few days later discovered the original email letting me know about it. 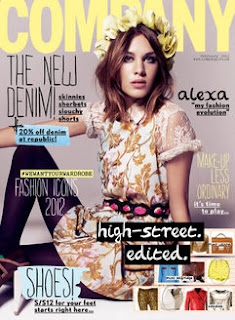 For those not based in England, Company isn't actually a sewing magazine at all, but rather a magazine predominantly based around fashion and beauty. However, it's interesting to find that they have a small craft section in their nominations (entitled Best Blog for Crafty Girls)...something that would have seemed unimaginable in a mainstream magazine five years ago, but now signifies quite how wonderfully popular sewing has become.

If you'd like to vote, you can find the online voting form here...where my own blog name sits alongside a few of my favourite reads (Hurrah! You'll find Marmalade Kiss in the 'We love Vintage' section) and lots of others that are completely new to me and will no doubt be added to my overflowing list of blogs to read once I've had a chance to take a proper look around. ﻿ 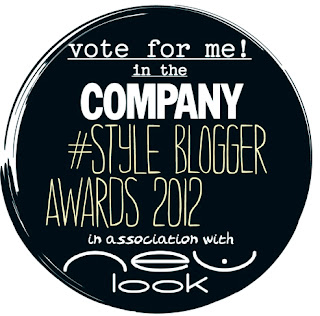 Category winners will appear in the April issue (out in March) of the magazine, but I'm very happy indeed just to be on the nominations list.