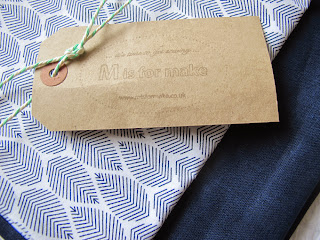 I've been working on a pattern for a top that seems to be taking forever to get the sleeve just right, however, yet again the Perfect Fitting

book has come to my rescue and I'm not too far off something that I feel happy with. Before I realised that drafting this top may monopolise all my sewing time, I ordered some Brussels washer fabric from Kate, intended for a skirt (the Brussels washer is the solid at the bottom of the photo, while the gorgeous fabric at the top was a gift from Kate and it will co-ordinate perfectly to make a waist band or binding).

Serendipitously, I'd been about to order some from America, when I saw that M is for Make had just taken delivery of some. Brussels washer is a mix of linen and rayon. It's not too dissimilar to the Essex Yarn Dyed linen (also made by Robert Kaufman) but that's a linen/cotton mix. The rayon makes it very slightly drapier and so perfect for dressmaking. It would somehow work for trousers, dresses and tops, which is quite an achievement for a fabric, but if I had to pick, I'd say I'd be more inclined to make bottoms than tops with it, as I prefer a slightly finer fabric for my top half. But if you have a frame that can pull off a Wiksten tank (my figure somehow doesn't really suit loose clothing, even though I'd quite like it to) then I think it would work well for a top like that with a relaxed fit).  I've now pre-washed my fabric and it's sitting waiting for me to do something with it.

In other news, I was delighted to be asked by Sew, Mama, Sew if I'd like to judge their Super Online Sewing Match, alongside Gretchen (from Gertie's New Blog for Better Sewing) and Rochelle (of Lucky Lucille). After the success of the Great British Sewing Bee, when Beth said they'd come up with the idea to run an online version I thought it was a wonderful idea.  It seems that, despite it being a BBC production, many people were able to watch it in America and would have loved the chance to take part themselves. They've now selected ten contestants and each week they'll be challenged to make something from a particular pattern. I'm so looking forward to seeing what they come up with! Alongside the actual competition (which is sponsored by Janome and has the most incredible top of the range Memory Craft sewing machine as its prize), they're also running a sew-along, where anyone from around the world can submit items made from the same pattern as that being used in the sewing match to the community Flickr group and be in with a chance of winning slightly smaller, but still very lovely, prizes. If you're interested in sewing along, watch the Sew, Mama, Sew blog to find out what the first item to be made is, but either way, I'm really looking forward to seeing the same pattern made up in ten different ways - there's something fascinating about seeing different incarnations of the same pattern (that may be why I return to look through the Colette Patterns Flickr pool on a regular basis). 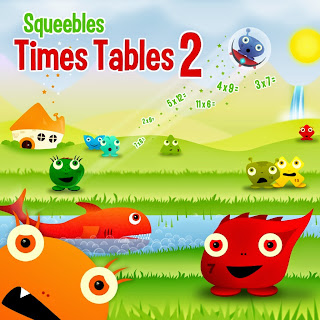 Finally, I know many of you have told me that your children use the educational Squeebles apps that my husband creates (and that I now work on for much of my week too). It's always so lovely to hear that - I'm incredibly grateful that so many people have supported us in our venture and that your children seem to have embraced the Squeebles with such warmth - it's an odd feeling when someone posts a picture or sends an email with a photo of their children using one of our apps...it feels like a weirdly wonderful sewing-Squeebles crossover. (I can only give the - mortifying - example that it's a bit like the kind of double-take moment I used to have as a teenager when a character from the A&E series Casualty, used to pop up in the hospital drama Holby City...there was something oddly thrilling about another element of a familiar person appearing in a different context. That is an AWFUL analogy, isn't it. But perhaps you get the gist. I really love to see the children/teatimey/end of day homeworky side of someone's life when I'm used to only thinking of them in a sewing context.

Anyway, that long ramble was a precursor to saying that if you're interested, we've now released a new version of the original times table app. Squeebles Times Tables 2 is much more interactive, has a massively improved stats area so that parents can keep track of their child's progress and, as well as the original motivation of collecting the Squeeble characters, it also now includes a mini-game, called Bubble Ball, to incentivise learning. By practising tables children can earn stars to trade in for better bubble balls (you can see one flying through the air in the picture above) and flip fish (visible in the pond in the picture) who flick the bubble balls with the end of their tails. You can find out more about it on our website, here, or if you want to look at it from a child's perspective, you can read Whizz's introduction to it on the Squeebles' blog for children. Or, you can find it in the app store by searching for 'Squeebles Times Tables 2' - it's available for android, iPad, iPhone and newer models of the iTouch.

We did consider launching this new app as an update, but because it's so different to the original technical issues meant that children would have lost all the Squeebles they'd collected on the old app when a parent downloaded the update...which we though may cause a lot of upset after spending so much time earning them. While we hoped there would be enough excitement over the many new features and game included in the new version for most not to mind, ultimately we didn't want to risk demoralising children if they wanted to retain their progress and stick with the old app, so the two apps run completely independently and the original will eventually be removed from sale.

Right, I think that's about it for now as I am currently suffering from some kind of hideous cold/hayfever/headachey crossover, that's distinctly less thrilling than the crossover I described above...