A cushion that was curiously received 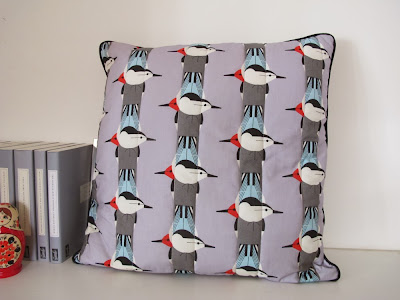 I made this cushion a few days before Christmas as a gift for my father. It's a very unfancy cushion, with simple black piping. It uses a print from Charley Harper's beautiful bird-themed collection of fabric, which was released by Birch Fabrics last month. I love this print and I knew that my father would like it too as it takes in all his favourite colours. Before putting it together, I quilted it with simple lines that follow the vertical pillars in the print and was momentarily delighted when my family saw this and mistakenly thought I'd done all sorts of clever things piecing the actual birds together to peep out from behind it, as the quilting creates the illusion of a seam. 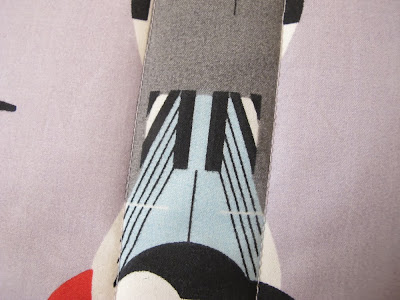 I'd like to add that the fact that this cushion matches its surroundings so perfectly in the photo at the top of this post is actually a freaky co-incidence, especially as grey and red are not common colours in my house! I rearranged the bookshelves to keep my favourite Persephone books out of Nell's reach a while ago and there was a cushion shaped space next to them when pondering where I could photograph it. (I'm not against making photos look lovelier by the way, I just didn't set out to do that here).

I don't know of anywhere in the UK that sells this particular Upside Downside print, but if you want to see more from the Charley Harper range, you can find some of it at M is for Make and other prints over at Ray-Stitch. I imported my Upside Downside from Fabric Worm in the US, as I thought no other print from the range would have suited my father quite so well, although, exhaustingly, he proved himself unworthy of having fabric imported specially for him when he cheerfully announced on unwrapping it: there's a bird's head coming out of the other bird's bottom! What? Even after staring at this print for the entire time it took me to make the cushion I had not seen it like that! I swallowed the wish to throttle him beside the Christmas tree and inwardly muttered apologies to the late Charley Harper. Next year he's going to be getting a golfing mug and some argyle socks*. Upside Downside is still my favourite print from the entire range. Fabric Worm have the whole collection, I think, just be careful about who you gift it to!

In other news, a winner for Issue 3 of the wonderful Love Patchwork & Quilting Magazine. I asked my husband to randomly pick someone from the giveaway comments here on my blog and over on Instagram and he chose Karyn. Karyn, Issue 3 will hopefully make its way through the Canadian snow to you before Spring arrives! 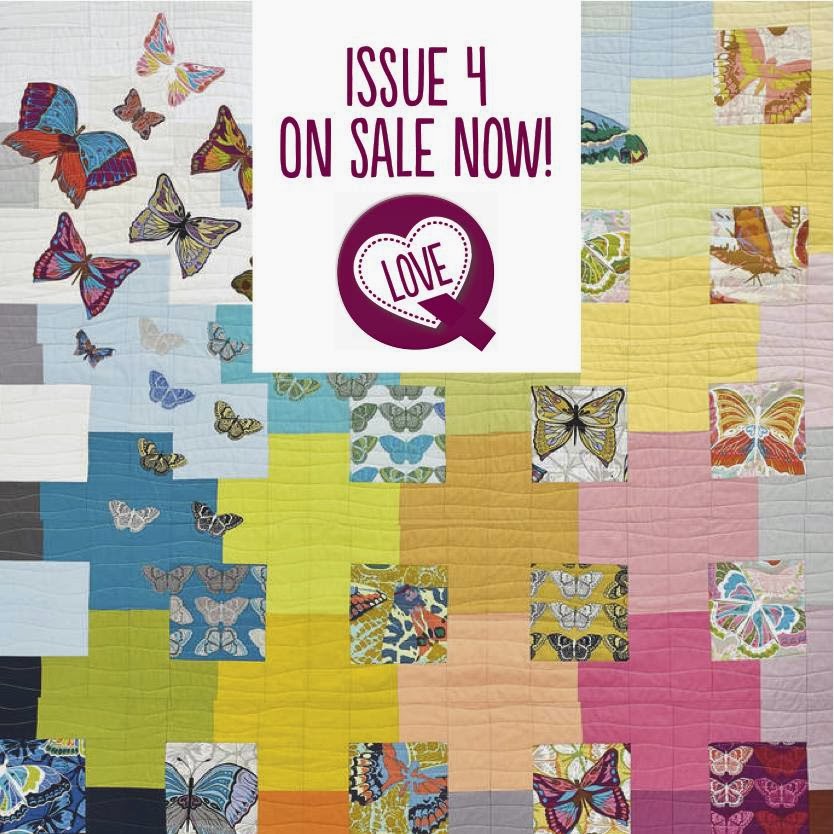 Issue 4 of Love Patchwork & Quilting has just come out and I'm excited to snaffle one out at the newsagents (look at the beautiful quilt above!). However, for future issues, I've taken out an annual subscription as this is the first English quilting magazine I've enjoyed enough to not want to miss an issue - you can find out more here (and even if you don't want to commit to a year, a trial subscription of 3 issues for £5 is insanely good value).

I'd mentioned this on Instagram, but thought I'd mention it here too, as I'm not sure I've ever posted about this before. I'm not a fan of chunky pins for sewing, however, if you happen to have some of the pins shown below (there was also a free pack of similar flower-headed pins on the cover of LP&Q last month) and have wondered about uses for them, I've always found them indispensable for pinning a quilt backing to the carpet when making a quilt sandwich. They're so strong that the fabric won't move even a tiny bit and you can drive them at an angle straight through the carpet's underlay for a completely secure fix - I have tried the more conventional masking tape approach to basting a quilt and found it refuses to hold the bottom layer as taut as I'd like. I've never seen any visible sign of post-pinning carpet trauma, so I don't feel too concerned about what it might be doing to the underlay. In the photo below, the green pin is holding the fabric in place. Sorry about the grainy photo - it was taken in artificial light on my iPhone to post to Instagram a few weeks ago. 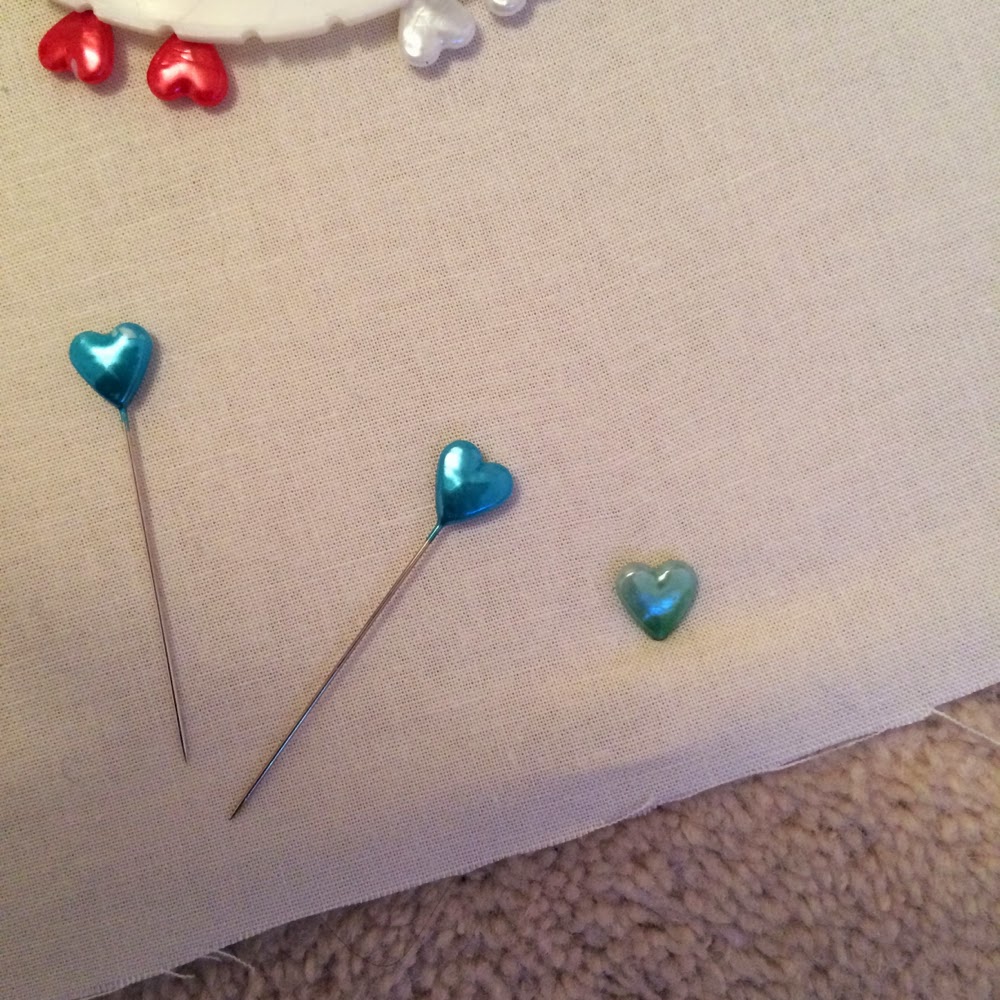 Right, I think that's it for now. Wishing you a lovely end to the week,