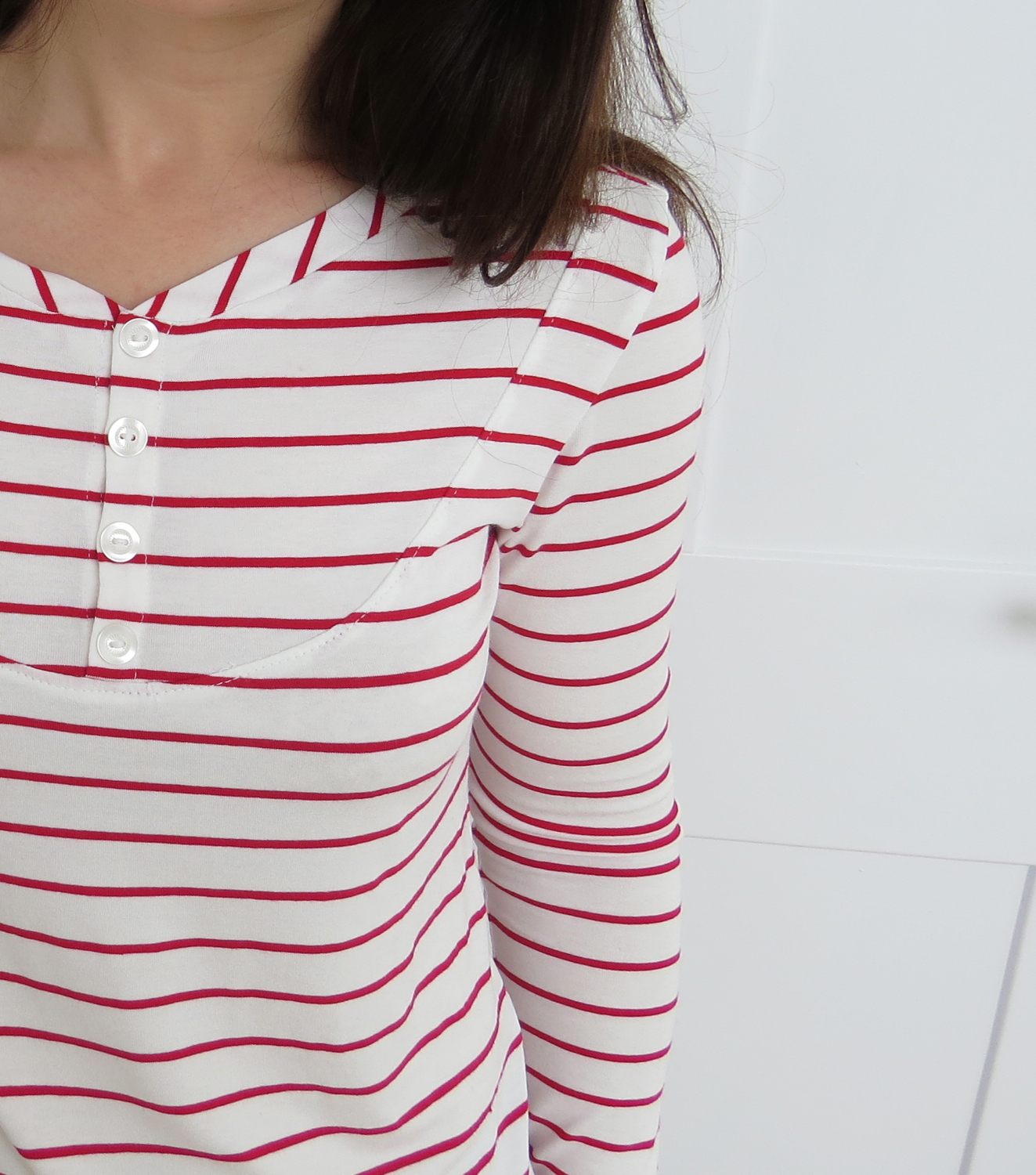 It's been a very, very long time since I've made a piece of clothing that I'm completely delighted with. So long in fact, that I'd almost decided that it may just be safer to stick to quilts, which always fit just right and never pull under the arm or unexpectedly transform me into a blancmange the moment I come into contact with it.

So this particular spate of dressmaking was entered into with low expectations. If I'd have picked out a label to sew into this top it wouldn't say 'Made by Florence', it would say 'Made by Eeyore'. My last unfortunate make a few months ago never actually made it onto my blog: it involved a pattern which seemingly looks amazing on everyone else in the entire world, some utterly delicious Atelier Brunette fabric and a huge dollop of optimism at the outset, but I was left with something that was just wrong in every single way. As part of an extensive mental post-mortem of the 'wrong' top, I realised that although I often wear blouses in summer, most of the time I really enjoy wearing things made from knit fabrics which just feel incredibly wearable and lovely. I wrote this post all about lovely knit fabrics and the Colette Patterns book about sewing with knits and then went back to some English paper piecing and ignored the lovely knit fabrics because I had had enough of sewing ugly clothing for the time being. But then when I took my daughter to an art lesson in town last week, I happened to see some delicious drapey striped fabric in my local sewing shop and found myself buying it and telling myself that it was time to try to make some ugly knit clothing, instead of ugly cotton clothing and that maybe it would be less ugly than the ugly thing which had gone before it.

In my dressmaking history, the things that fit me the best are also those that I've drafted the pattern for myself, so I decided that for the preservation of sanity, I should go down that route this time. I made a really similar top to this one a few years ago, but have since lost the pattern pieces I drew up for it, so I set about re-drafting it, basing it again on one of my favourite tops that I bought about six years ago and which is so well-worn that it even has a hole darned up in one place! 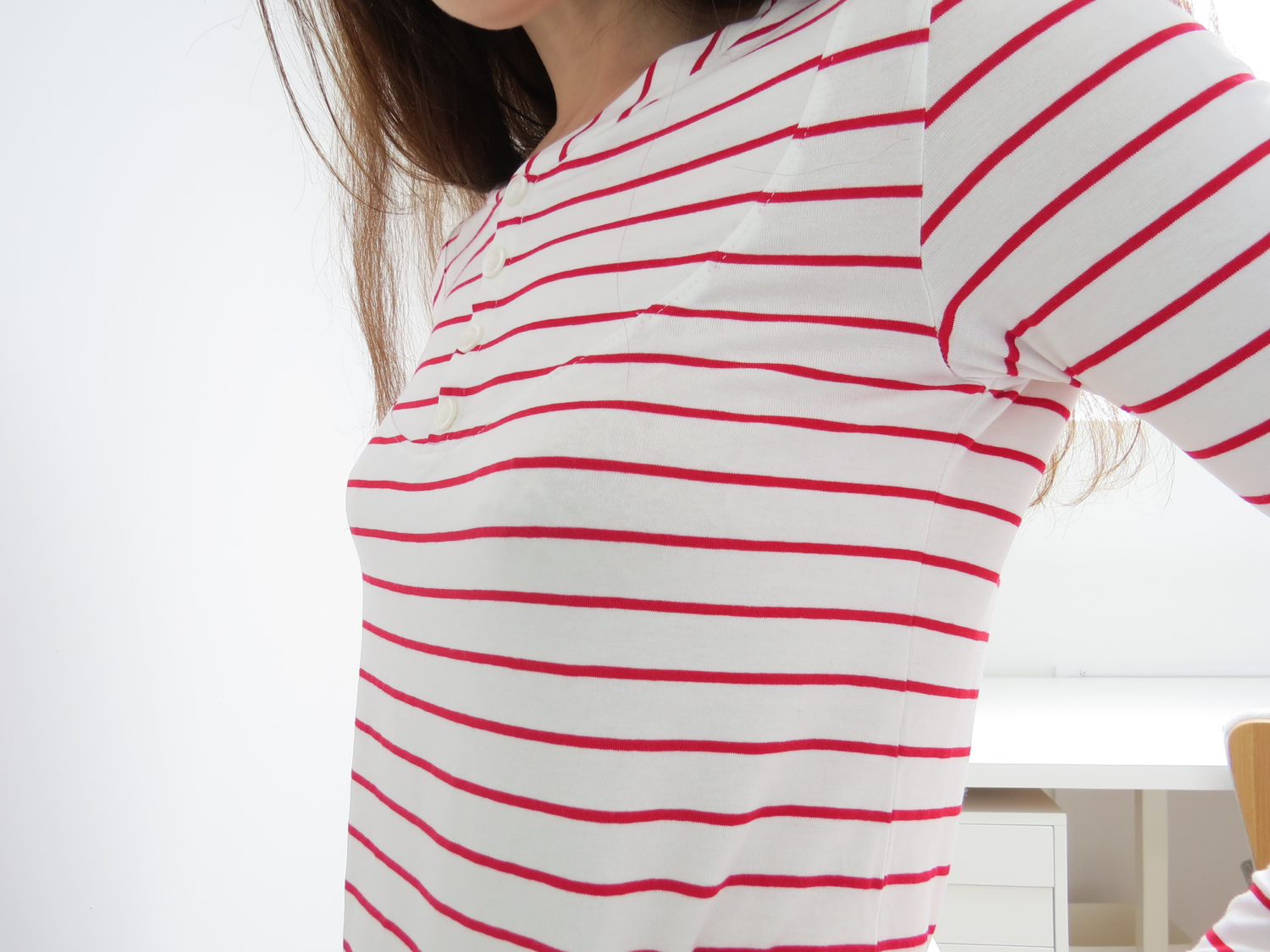 So here is my top. I am really, really pleased with it, which doesn't feel like an entirely humble or seemly thing to say, but if you could see the amount of ugly things I've made I think you'd forgive me. I love it not because it's brilliantly made (it isn't) or an amazing design (I really like it, but it's nothing special and it doesn't have a Peter Pan collar, which is what makes things really special!), but because it fits really well (apart from at the neck, which could do with some refining, but which doesn't stop it from being wearable), it's really comfy, it was the first thing I reached for to put on when I went to get dressed this morning and because it has restored my enthusiasm for garment sewing, which I really do enjoy because I love clothes and I love the instant gratification of making them (compared to quilts…which can take me years, because when it comes to quilts I seem to like doing things slowly!). 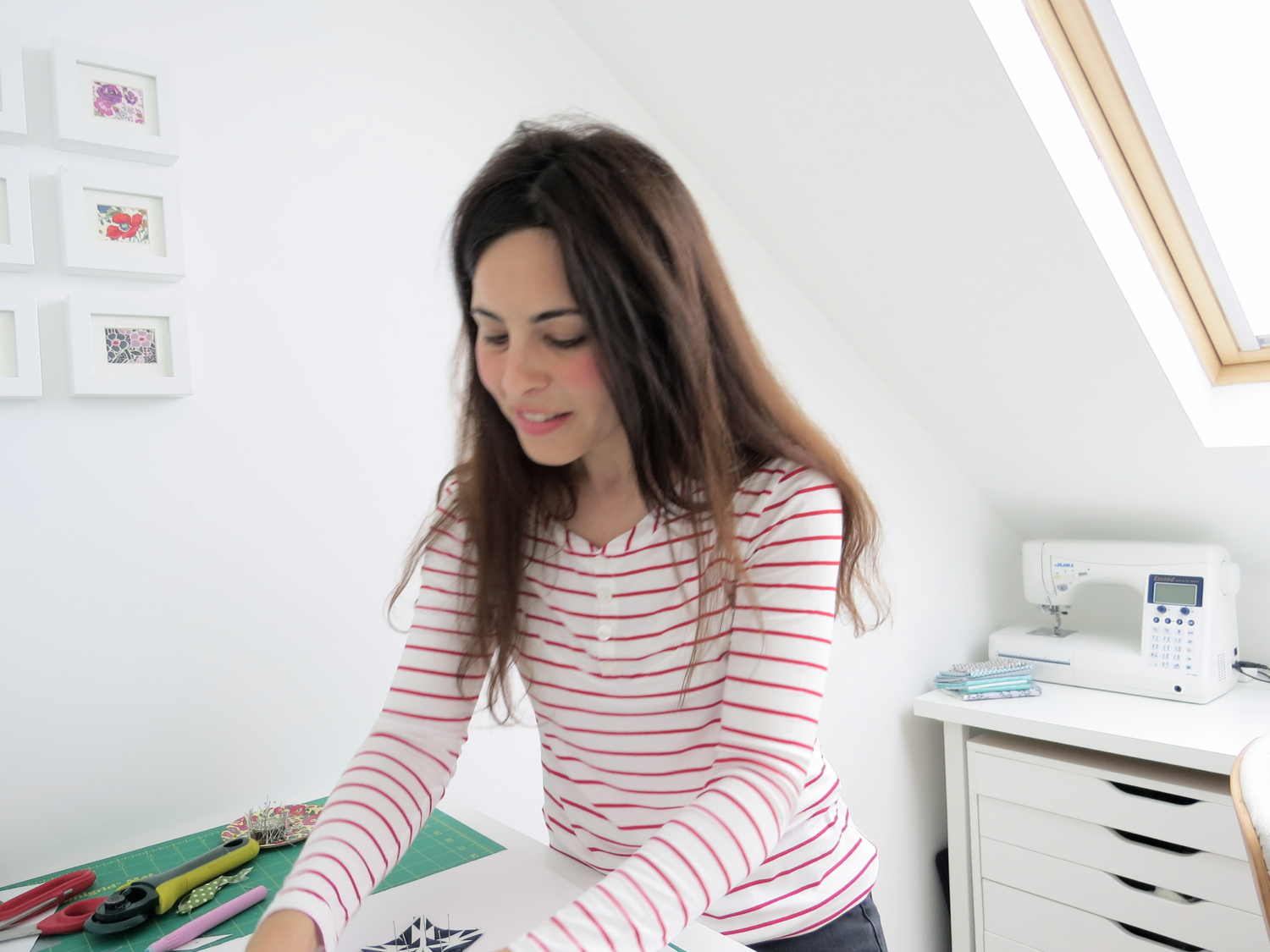 You can see in the photo above that I'm wearing my new top and am straight back to cutting some more pieces out for some English paper piecing, which I'm going to carry on doing really s l o w l y, but that's okay, because I'm wearing my speedily made Breton top (which is proof that I have two speeds), and because I can also say (in my head…I don't actually ever say it aloud) that I'm someone who makes clothes again…which I haven't said for a while, but is a really happy thought.

It's almost worth making ugly clothes for the sense of having reached the top of the mountain when I finally make something wearable. Does everyone go through phases like this, or is it just me?

Ps. I'm considering a second version in this Bari J knit fabric.
Pps. There are some sneaky peeks of my new sewing room in these photos. More to follow. x
Email Post