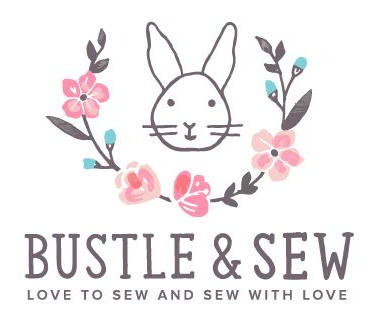 I'm really pleased to introduce you to my newest sponsors, Bustle & Sew, a mother and daughter team with an adorable, flower-framed rabbit face to front their business. As you can imagine, I am more than a little delighted to have this exquisite creature in my sidebar!

Bustle & Sew mainly sell their own brand PDF patterns and magazines (both digital and regular format magazines, the latter available through Amazon), as well as offering many free patterns and tutorials. Their patterns cover embroidery, softies, appliqué and quilting, with a very cohesive feel to them - animal themed, minutely-scaled, carefully made, detailed lovelies that often have a slight sense of humour to them: I love Party Animal especially, in part because of his name as he looks so sweet and docile sitting politely in his hat and like he would be the last creature to cause any mayhem. There is something about dogs that makes you want to put hats on them. 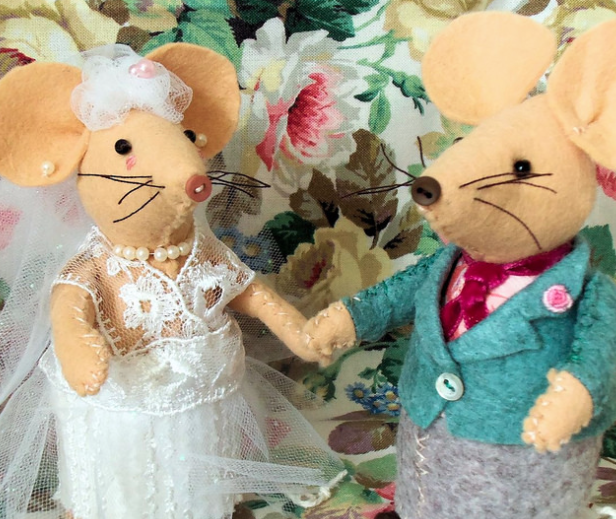 For someone who lives life with a crippling fear of all things rodent, I have a perverse love of them in sewn form (I've lost count of the number of times I've made the mousey-in-a-bed mouslings since 2007). Anyway, Bustle & Sew seem to have a pleasingly high mouse quotient to their patterns, which I love, and I adore these matrimonial mouslings - wouldn't that be an adorable wedding gift for the right people (I say right people, because there are some people I would make things by hand for and others who I just wouldn't, not because the latter are any less special, more just because I feel they may find the whole idea a bit curious and I then I might risk forever be referred to by a friend's husband as 'the odd one who gave us the mice for our wedding'...although actually, that would really make to laugh to think of being referred to in that way)

My daughter was two-and-a-half when my son was born and the mother of one of my husband's school friends sent my daughter a tiny cardboard box with some bedding and two of the tiniest, most detailed little mouse creatures I've ever seen, lying inside, each about an inch tall, perfect in miniature costume. They were to represent her and her new brother. They were just so incredibly special. Anyway, these mice really remind me of those lovely mice and I love all the detail and tiny pieces of clothing. 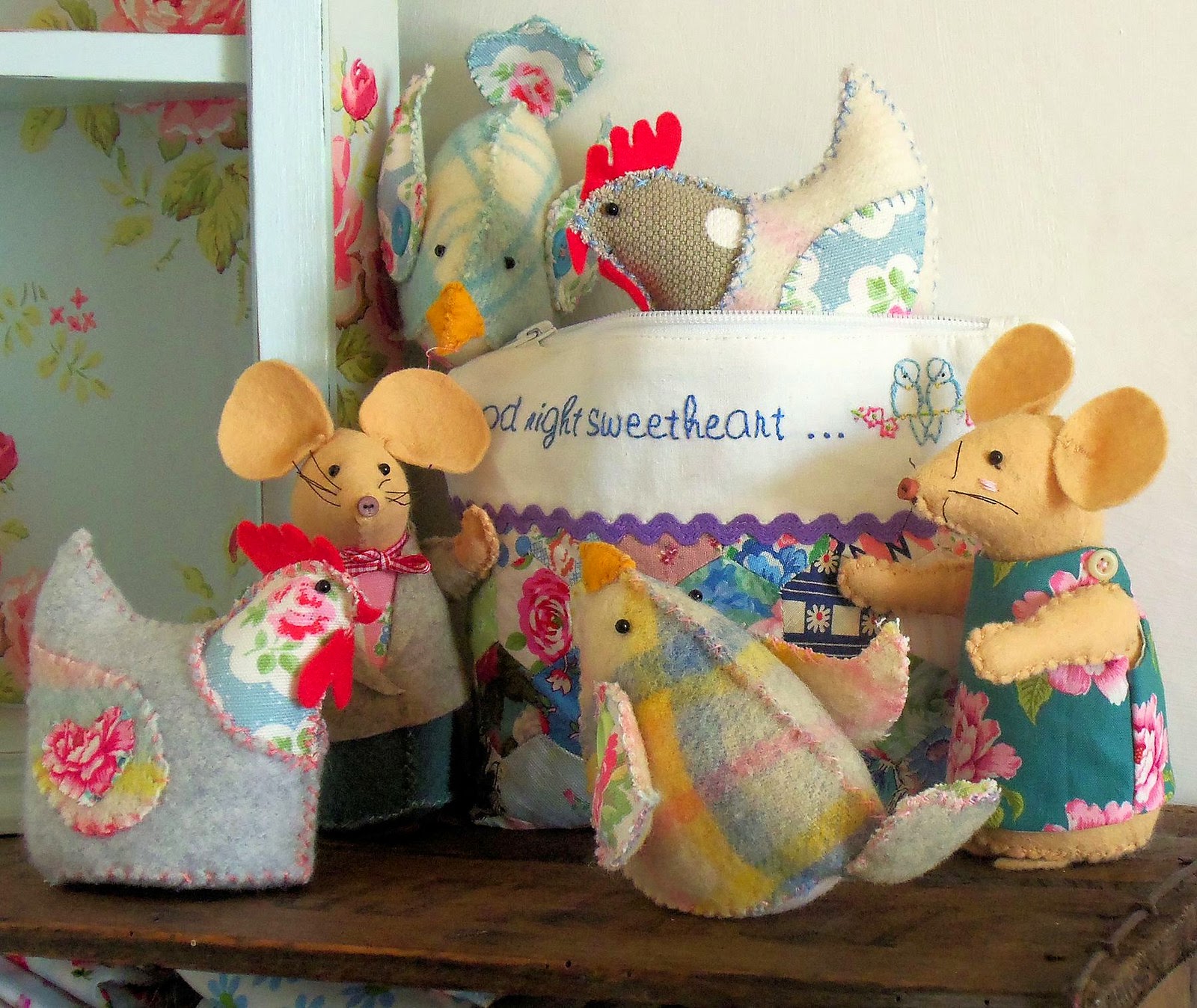 If you don't find yourself quite as enamoured with mice as I do, then you might enjoy looking at the menagerie of other creatures that Bustle and Sew have fabricated!

Finally, I have an interesting collective noun to leave you with that I hadn't heard before: my daughter told me this afternoon that a group of pug dogs is known as a 'grumble of pugs', which we both thought was endearingly lovely! We looked up the collective noun for Nell and our favourite option was a 'halo of golden retrievers', which seems amusingly ironic when you consider the Christmas bauble eating incident and all the other illegal activities that Nell gets up to, but also very fitting because her intentions are always so lovely and kind. Turning my own imaginings to other breeds this evening, I quite like 'a domino of dalmatians', however, I think the real skill in collective nouns for dog breeds comes in being able to capture both the character and appearance in one word and I don't think I actually know the personality traits of many dog breeds, so it's a frustratingly limited game for me.

Ps. There is even a Florence the Flamingo!
Email Post