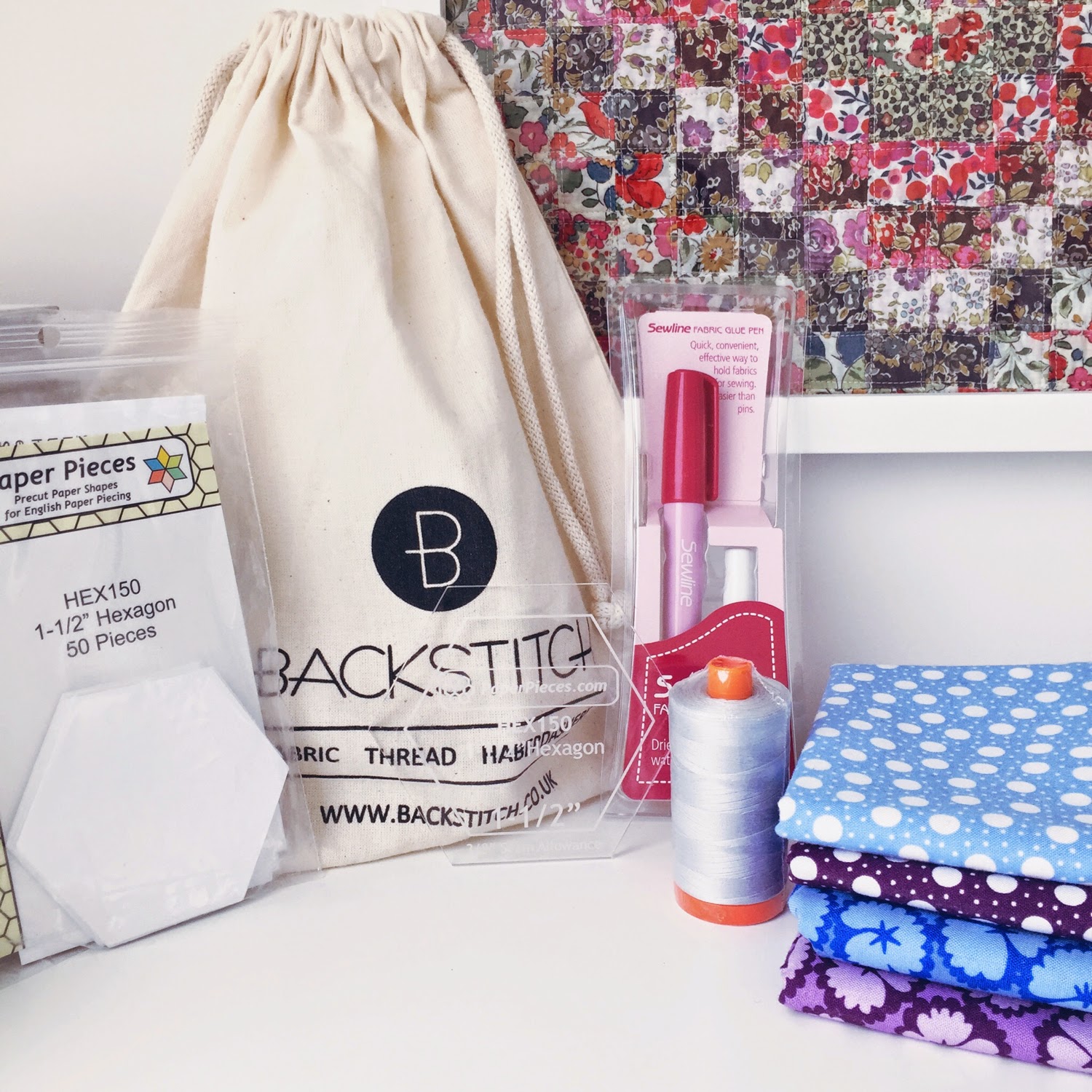 I have a giveaway in the form of some English paper piecing paraphernalia from my lovely sponsor, Backstitch, for you today, which includes my most favourite EPP accessory ever: the Sewline Glue Pen, which dispenses with the need for hand basting. I have three of these glue pens myself and normally like to keep around 20 glue refills in my desk drawer so that a lack of glue or a lost glue pen can never be the cause of a project grinding to a halt (many things can halt a project for me - usually indecision over fabric choices - but to be stopped purely on practical grounds would feel disastrous. Like the time when I was 38 weeks pregnant with our first child, aged 23, and I rang my mother in tears because I was so desperate to bake cakes, but didn't own any of my own baking trays. I still have many of the mixing bowls and trays that she sweetly dug out from her own kitchen cupboards and gave to me from that time, but I think it may test her powers of ingenuity to find an EPP glue pen at the back of her drawers now when she doesn't sew, so I find it's best to stay well-prepared on this front).

There is also some silver-coloured thread (unless I'm piecing white fabrics, I usually pick silver for EPP because it blends well with most colours); 50 precut 1.5" hexagon paper pieces, an acrylic hexagon template for rotary cutting fabrics; some lovely fabrics and, possibly most lovely of all (I don't know why this part of the whole package delighted me so much when it arrived, but it did as I hadn't noticed that they were selling them) a Backstitch drawstring bag to stow it all away in! It's a fantastic starter kit if you're new to EPP and has some lovely stock items if you're already absorbed by it. 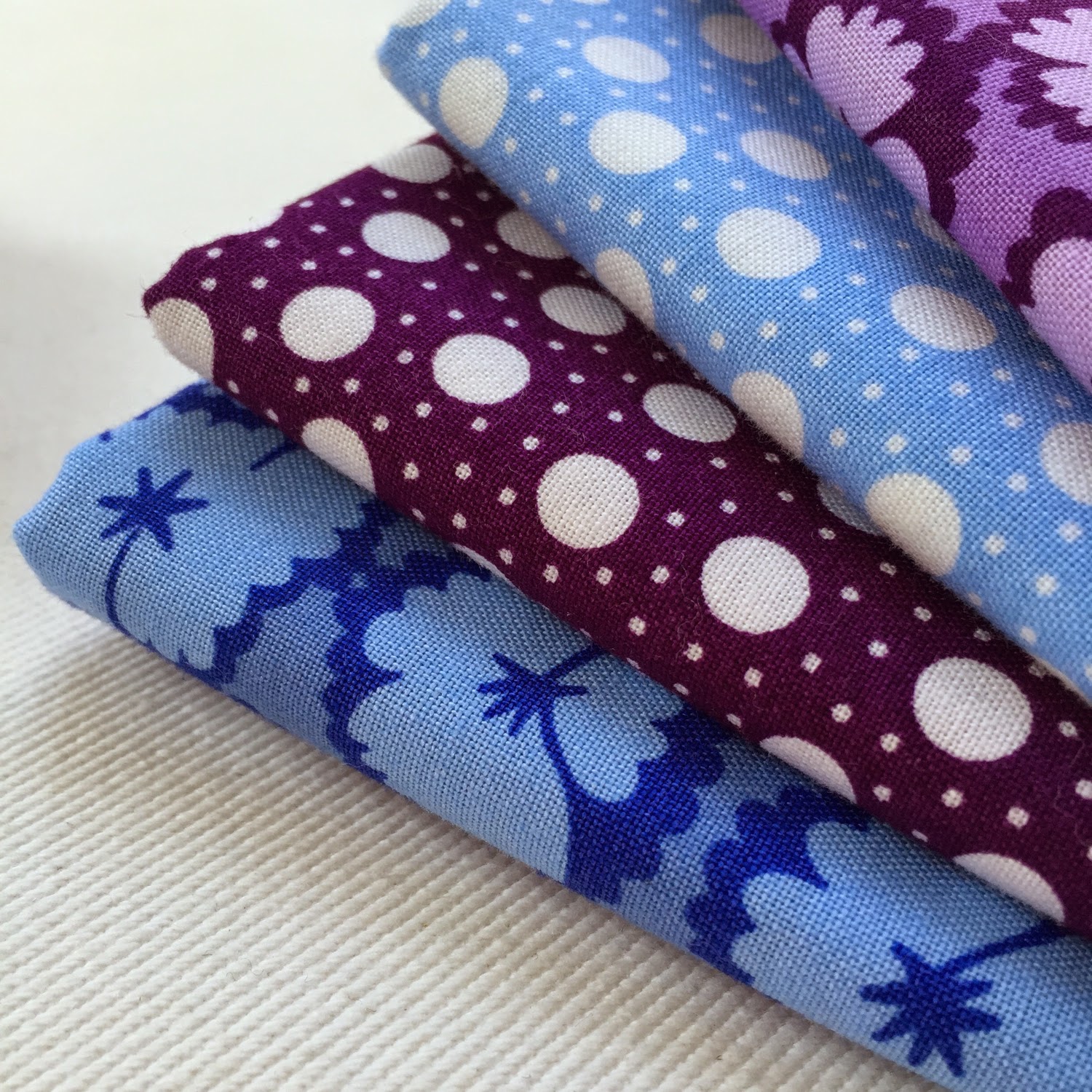 To be in with the chance to win, I was going to throw it open and say that you should pick one question of your choice from the Proust questionnaire and answer it, but, perhaps you might not have time for going off and surveying all the questions and then trying to decide which to answer, so for those on what a friend's husband calls 'a tight schedule!', I thought I'd pick one question from it myself and ask: what is your greatest extravagance?

I think extravagance is such a subjective thing and what one person sees as a waste of money, another may feel is an almost priceless luxury - I'd love to know what this means to you. I've been discussing this with my husband over lunch and we found it quite difficult to pin down our own extravagances, because often that thing will feel essential to you and your only context for it being extravagant is an awareness that others may view it as such. It's almost easier to see what others' extravagances might be than your own.

Then there is also the issue of whether extravagance is being viewed in terms of time, money, environmental resources, convenience or the many other ways in which it can manifest itself, so instead of picking just one thing I'm going to put forward a whole list of my own extravagances (omitting the 20 glue stick refills, which if you don't do EPP may appear extravagant, but if you do, you'll very likely understand it's a moderate amount):
Over to you! I'm so looking forward to reading what your own greatest extravagances are.