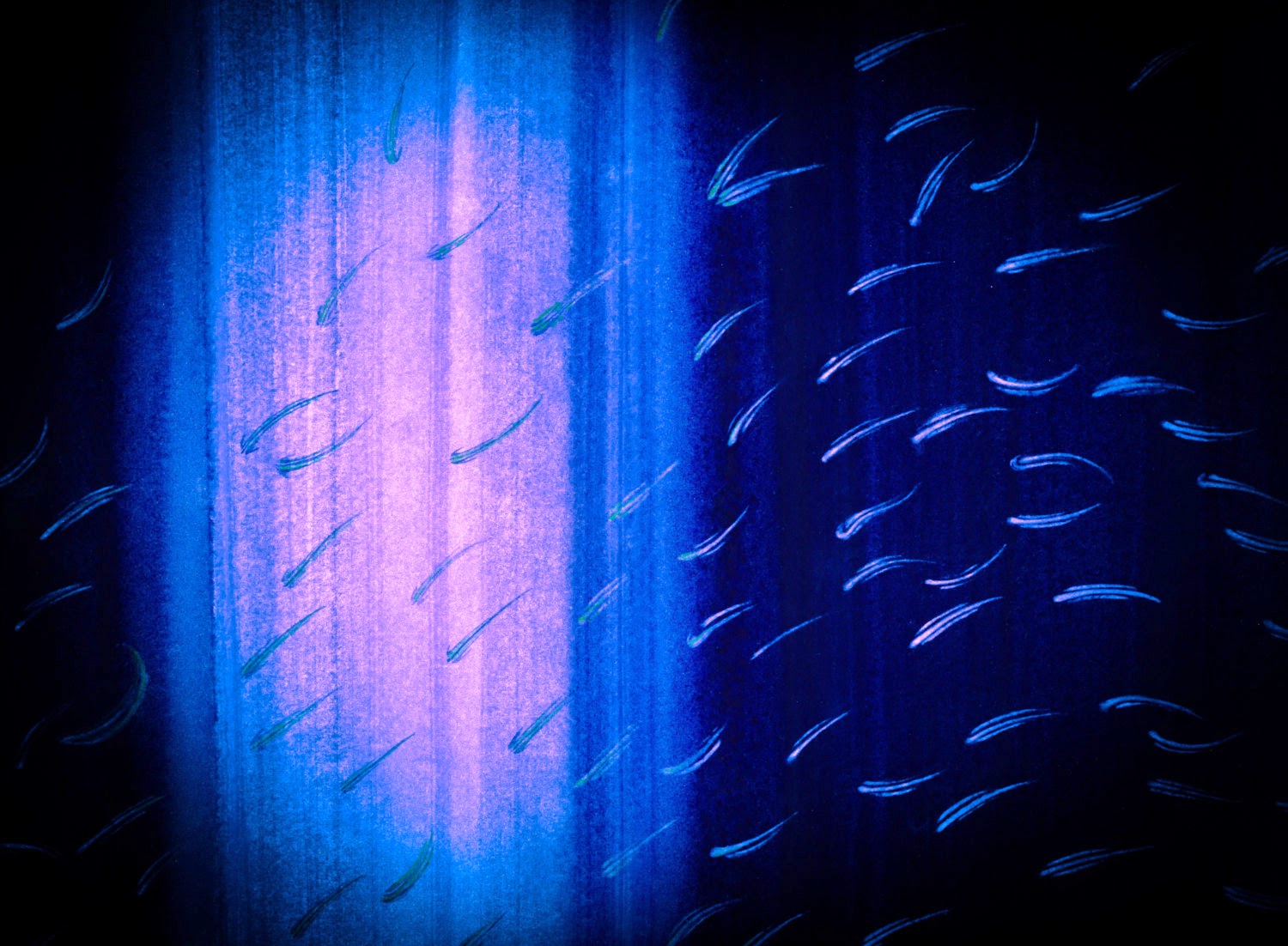 Today, I wanted to tell you about my lovely friend, Melanie Colletta, who has just opened a shop for her beautiful artwork. I've know Mel for over a decade, since her eldest daughter took it upon herself to help my own daughter unbuckle her shoes each day when they arrived at nursery (her daughter was older). The unifying shoestress soon caused us to gather for lunches around our kitchen tables and over the years more babies were added, until eventually there were six children sitting around the table with us. With the busyness of all the children, I didn't actually realise that Mel painted until I'd already known her for nearly five years and I remember being astonished by it, in the way that you can be when you feel you know someone really well and then discover that there are whole other layers there that you didn't know where there, but which are so impressive that you can't imagine quite how they stayed hidden away out of view. 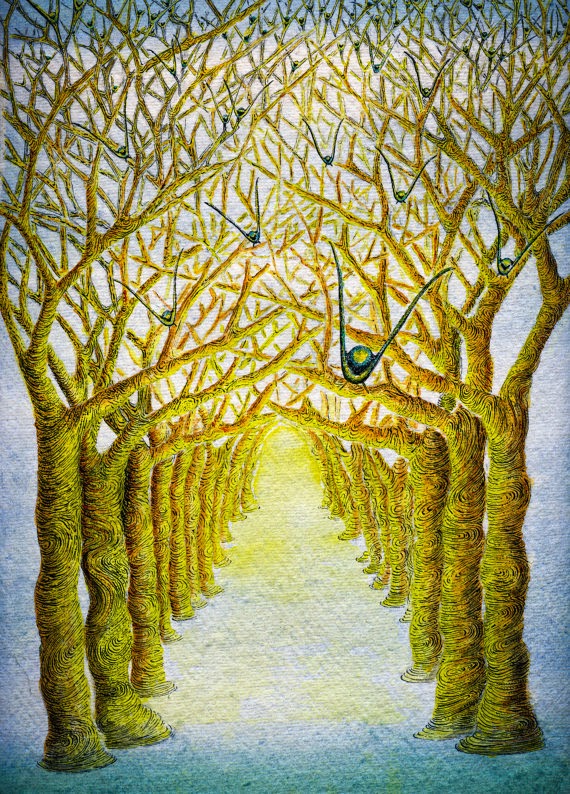 Photos don't capture it to its full extent, but Mel's work just seems to literally glow in a way that, to me, defies having been created with pen, ink and paint; it looks more like she's managed to install some kind of souped-up light-box inside the paper that gives her work an ethereal radiance. However, the paper is of an unsuspicious thickness, but it does have a texture that makes the prints look as tactile and 'real' as the originals. You can click on any of the photos in this post to see them at a larger scale. 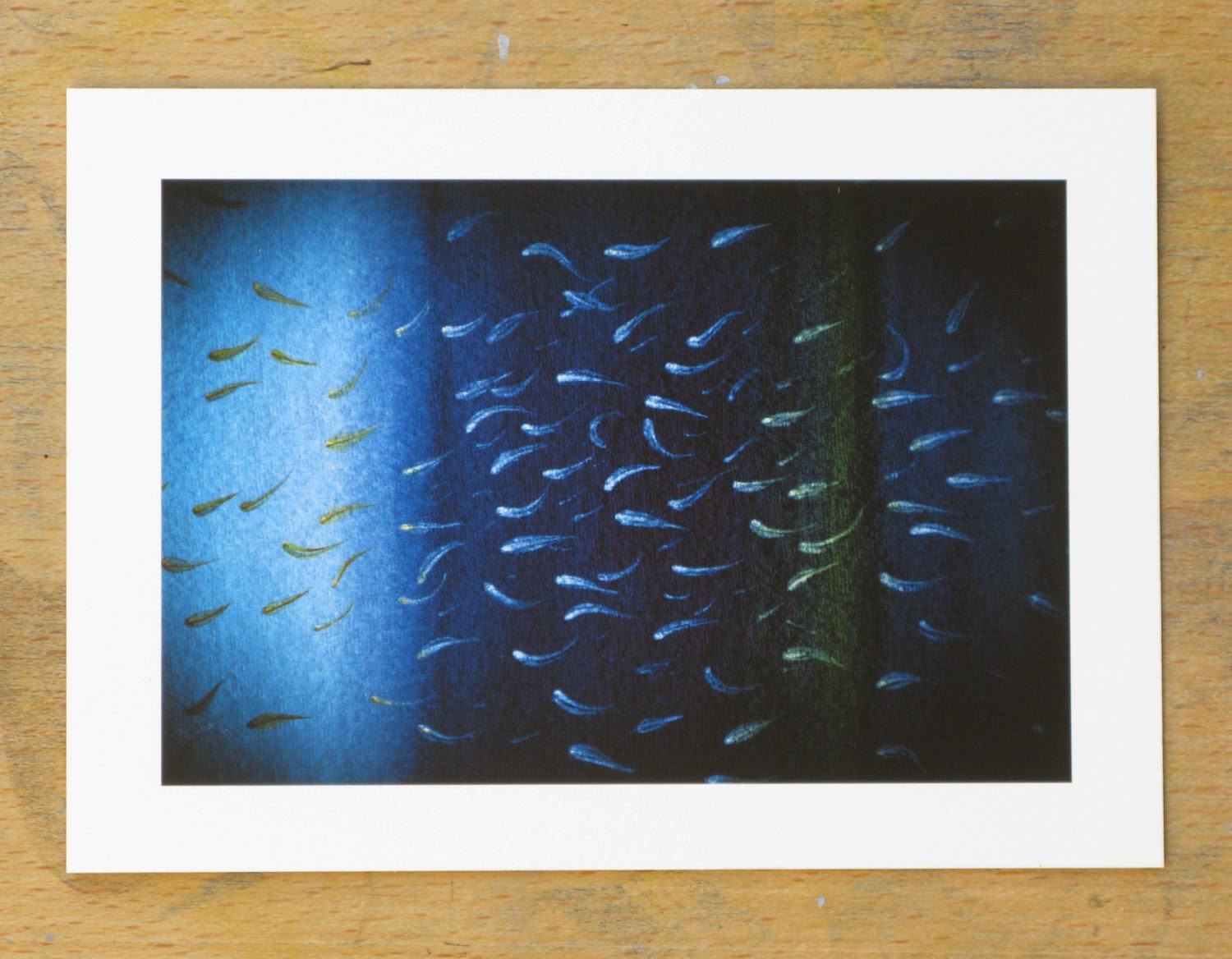 I'd actually desperately wanted one of Mel's drawings the moment I first saw them, in part because her style is so entirely in keeping with what I knew my husband would absolutely love, so I was completely delighted when she started selling affordable giclee prints and I was her very first customer. My husband and I chose two prints together (frames yet to arrive, so for now they're pictured in their mounts). Our first choice was the Avenue of Birds. 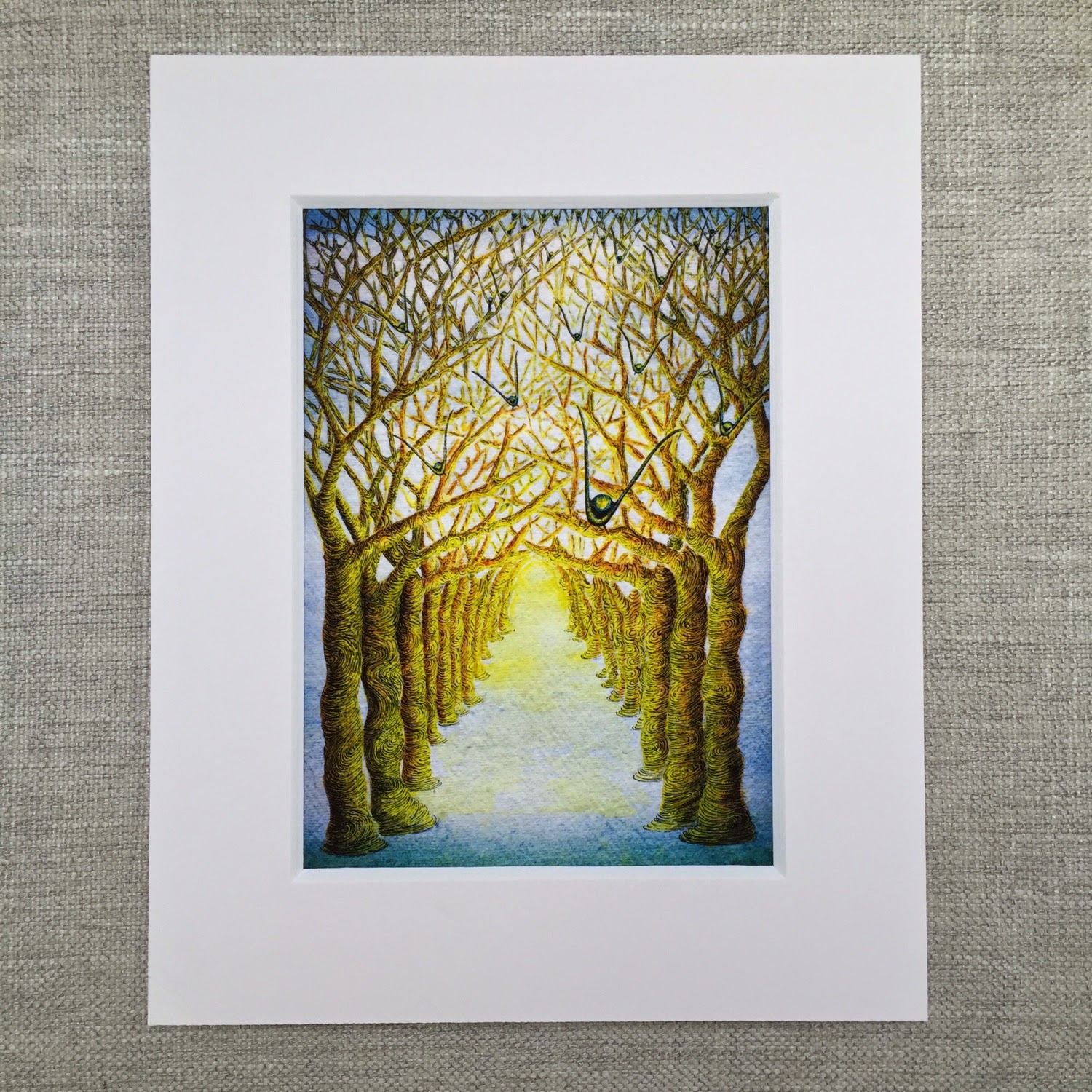 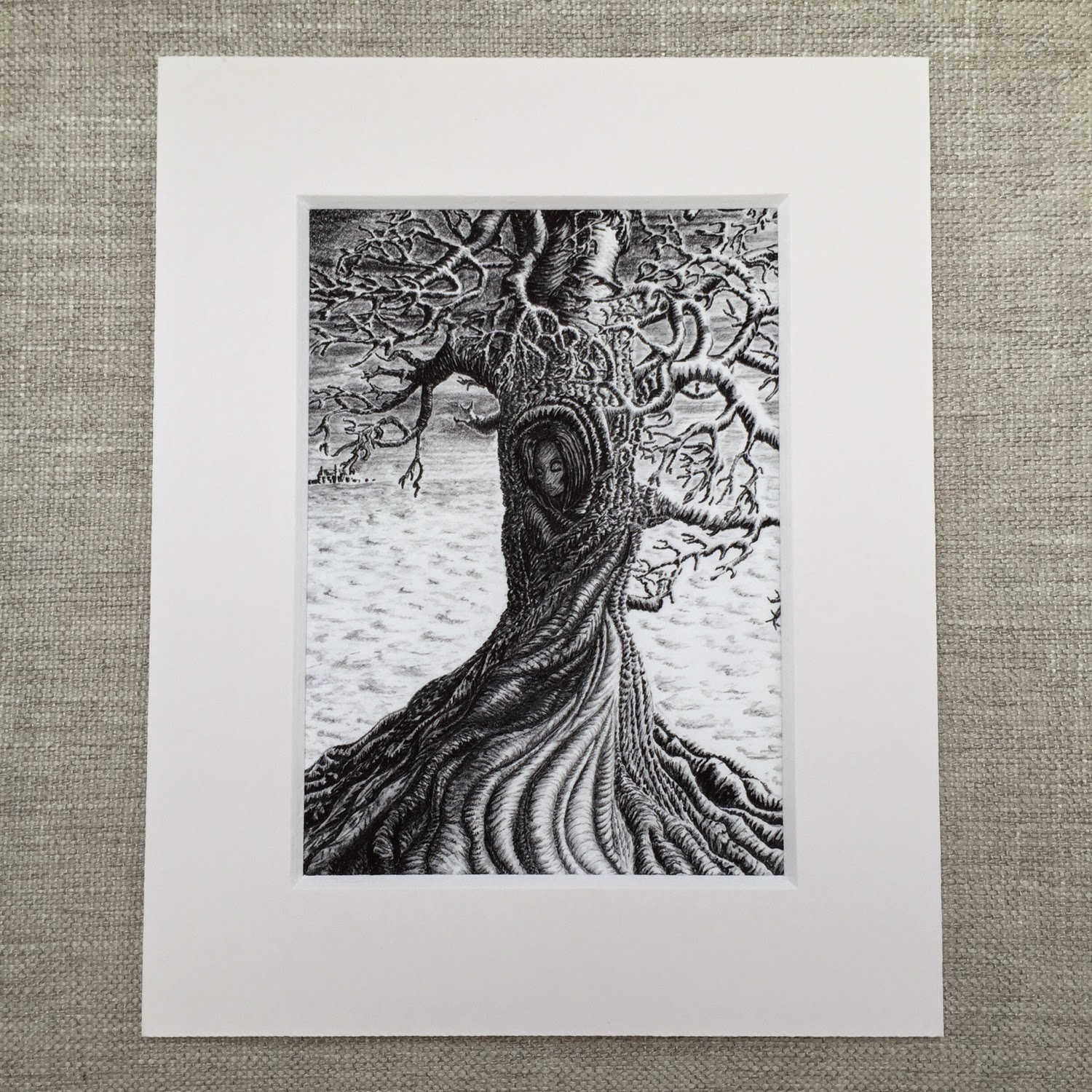 The second print, Catherine II, shows Catherine from Wuthering Heights enveloped by a tree as she waits for Heathcliff. I love how the two have merged together, leaving no visible boundary as to where one begins and the other finishes. That the tree looks to be swaddling and cocooning her, while at the same time imprisoning her, gives the drawing an intrinsic sadness that I find completely captivating. This is the second of two drawings in the series; the first shows Catherine at an earlier stage, when her arms are less tightly bound within the trunk of the tree. Both leave me not only in awe of Mel's imagination, but also her ability to translate an idea that exists only in her mind's eye onto paper with such incredible skill. 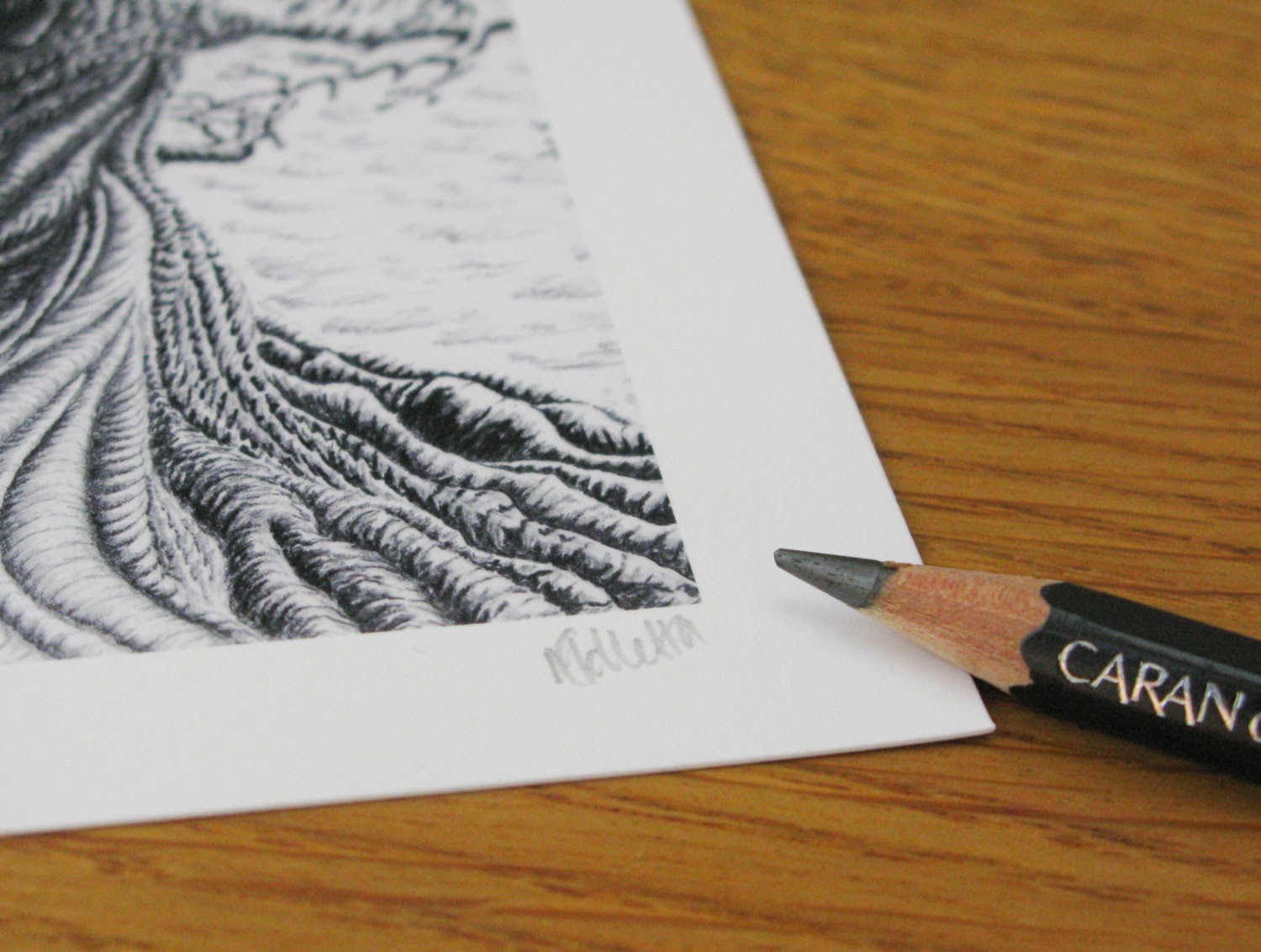 I've never really loved Wuthering Heights and it's possibly my least favourite classic (it's one of my sister's favourites though, so even though I don't love it myself, I have a second-hand fondness for it) and my husband has never read or seen Wuthering Heights, but we both fell in love with this image and the intense pencil strokes it's created with.

Mel's prints start at just £10 (I think that's around $15USD) and she ships worldwide. Please do go and have a look at her beautiful new shop if you have a bare spot on your wall and like what you've seen here - it comes highly (and very fondly) recommended by me!

Ps. Mel's shop, The Hallelujah Tree, is named after the Jeff Buckley song, Hallelujah, which happens to be a favourite of mine too - the singing starts around 1m20 in the linked video. I've heard my husband play this song so many times, that I've realised re-listening to this now, that it's ruined the original for me slightly, as I prefer my husband's version (possibly in the way that any happily biased wife might).
Email Post