A tutorial: planning out and sewing a neckband 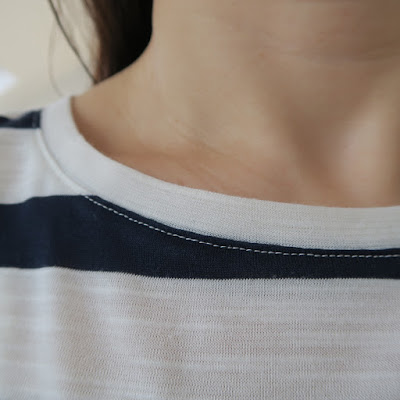 Over the weekend, I drafted a top and, with no pattern or sewing instructions, was left pondering how long the neck band should be and exactly how I should install it. I've sewn on neck bands in tops that have a central opening before, but never a loop neckband on a boatneck t-shirt. But freakily, this turned out perfectly, so I thought I might write up what I did (sorry, no step photos as I only thought to tutorialise this afterwards). 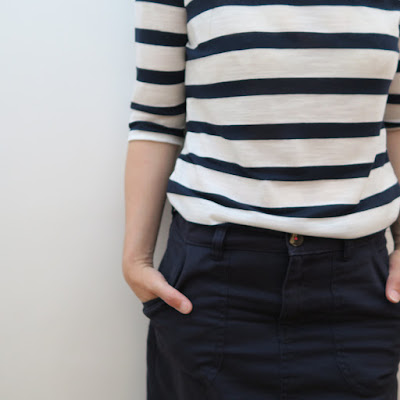 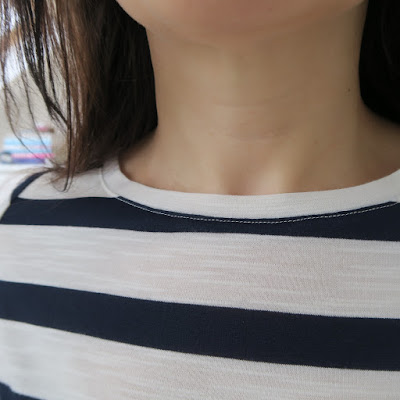 I used Prym Wonder Tape to temporarily stick my other seams together before sewing the rest of the top (it washes away afterwards). This stabilises the knit fabric, dispenses with the need for pins and stops hems from resembling the wavy edge of a lettuce leaf. It's amazing stuff. I only discovered it last year when someone on Instagram mentioned it to me and it's revolutionised things for me! 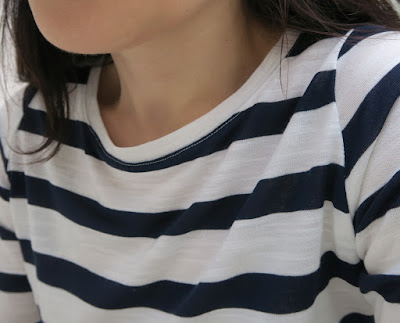 The slub jersey fabric is all kinds of amazing. It's really fine, very drapey, but somehow not completely unstable. It looks like it's going to be outrageously transparent when it's just a piece of fabric, but once it's sewn together, it doesn't look that way at all (although it's definitely not bottom-weight fabric). This top cost me just £7.50 to make. Or it would have done if I hadn't won a £25 gift voucher to spend at The Village Haberdashery and spent part of it on this fabric! If you tag anything you make with #tvhhaul on Instagram, you'll automatically be entered into a drawer each month. I'd completely forgotten I'd done this, so when Annie emailed me with my voucher there was much joyful spending and no dignified saving; my fabric arrived the next day. 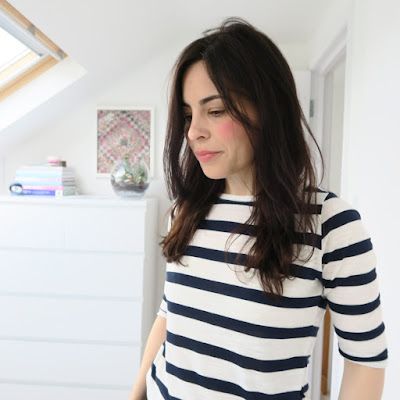 Finally, I think I stumbled across Abby Glassenberg's blog, While She Naps, a few years ago and ever since have admired Abby's well-researched posts that cover everything from how much fabric designers get paid (and how poorly many are treated in terms of funding quilt market), how craft book publishers are diversifying and possibly upsetting their authors in the process, or discussing the way gender often seems to define how a sewists work is perceived in our industry. Abby has a knack of turning ideas that only rumble at the peripheries of my thinking, and delivering them as fully-formed observations that drop, crystallised, into my lap, giving substance to something that I later recognise as having made me feel a certain way, but which hadn't progressed to being thought through at any deeper level. In short, I really love her fearless blogging voice; she tackles the things that others in our industry shy away from talking about and has a refreshingly direct approach. 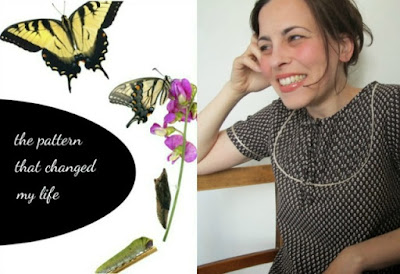 So, being something of a fangirl, I'm delighted to be featured in Abby's (less controversial!) 'The Pattern that Changed My Life' series, where she asks people about a pattern that's been pivotal in their journey as a sewist. I didn't even have to think twice about my choice, although I could easily have picked one related to dressmaking and one to quilting as they feel such different disciplines. Do go over and read if you have a few minutes to spare.