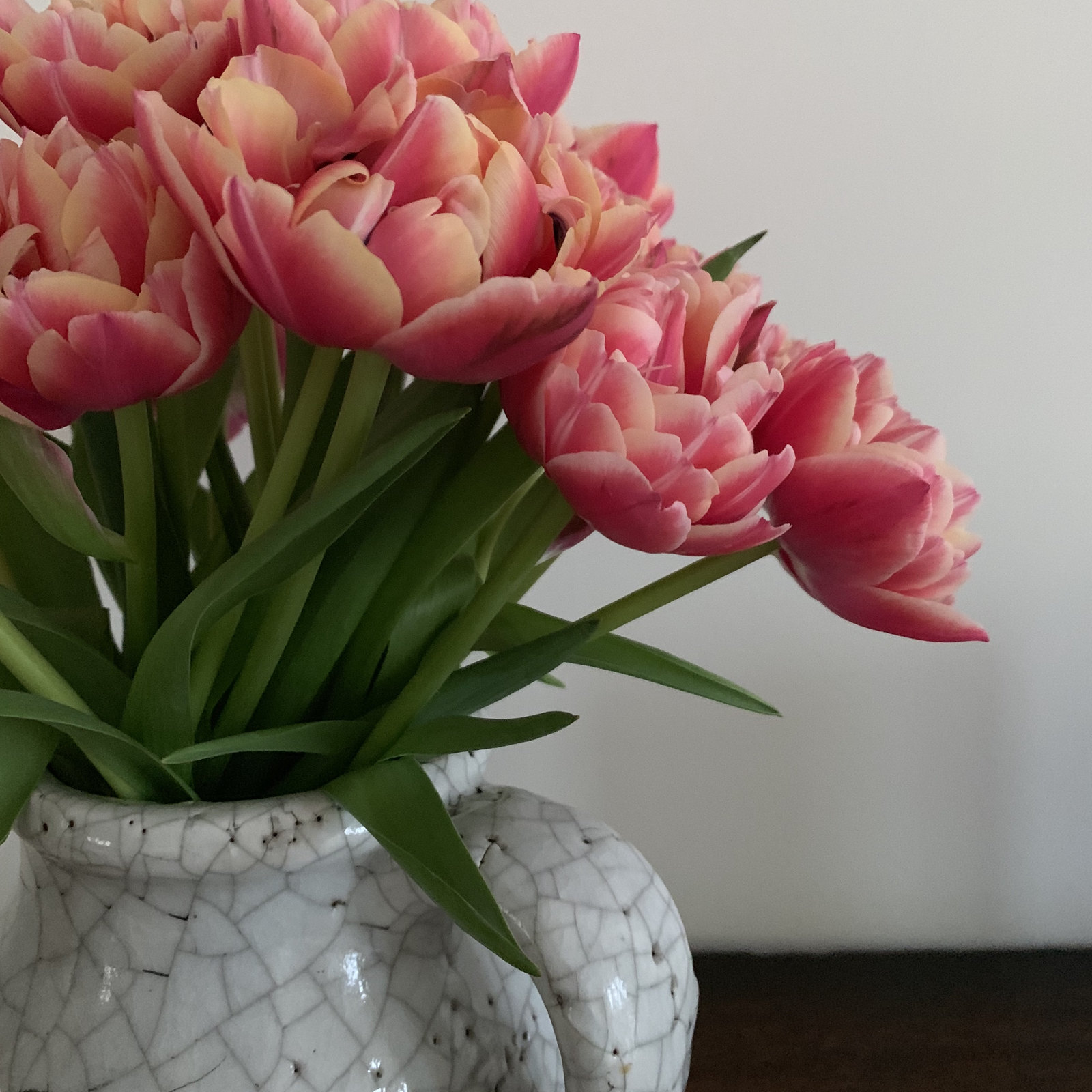 When my children were small they used to call a fruit salad a 'fruit medley', which they'd pronounce med-el-eee in deliciously lispy voices. There's something lovely about that stage when children are trying on words that are too big for them - I always remember my son's first time using the word 'actually' in conversation when he was about two and just wanting to gobble him up because it sounded so ridiculously oversized coming from his mouth.

I probably prefer the word 'assortment' to medley now...medley is a sharper sounding word, while assortment has connotations of liquorice allsorts and a cosy feeling of oddment. Miscellany is a good one too - that makes me think of tiny boxes with curiosities inside. But whatever the term, this blog post is pure medley/ assortment/ miscellany/ jumble, so I hope you have a good root around and find something you like in here.

I recently read Every Note Played, by Lisa Genova - it's about a concert pianist's descent into ALS, a condition that takes away the power of movement over one body part at a time, eventually leaving the sufferer locked in. I'm not sure how the novel managed to avoid being thoroughly depressing, but somehow it did, even though I cried my way through many parts of it. It did a brilliant job of exploring the relationships of the dying man and his estranged family in a way that felt real and unsentimental, as well as giving insight into a condition I knew little about. I'd recommend it. 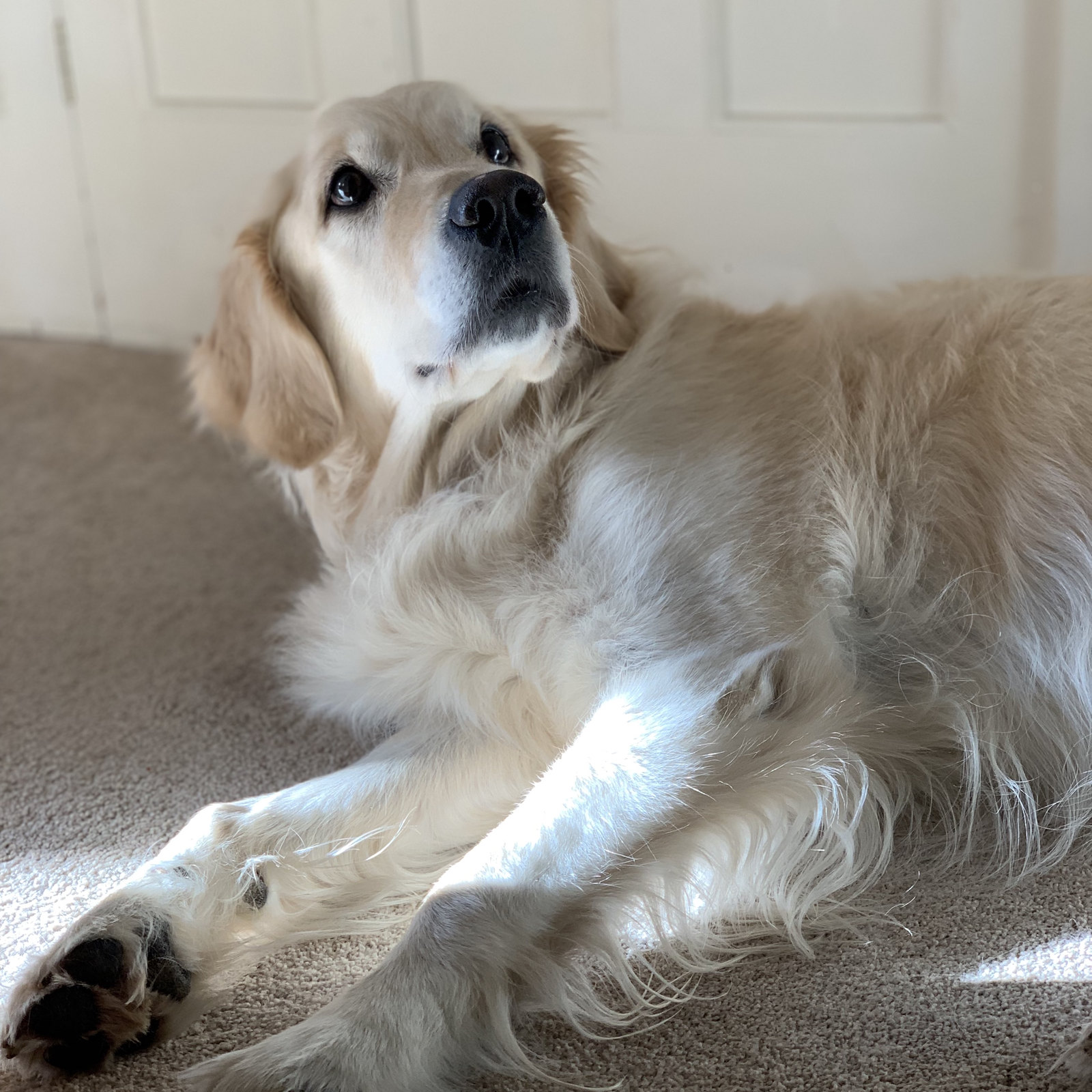 A friend recently recommended the series After Life with Ricky Gervais and my husband and I started watching it with our children last night. The language is quite shocking (including that very worst of words beginning with C, so be warned as that may mean it's not for everyone), but if you can get over that, it's painfully funny and also incredibly touching. I cried my way through the first four episodes (there's a theme here), interrupted only by clutching my stomach because I was laughing so much. It's about a man (played by Ricky Gervais), whose wife has recently died, and explores his cantankerous interactions with the world in the aftermath. His relationship with his dog is really touching, and the humour is dark, but quite delicious (for want of another photo to illustrate this post with, the mention of the word dog has prompted a photo of Nell).

We have frequent board game afternoons/evenings/entire days, sometimes as a family, often with friends. The mainstay is Settlers of Catan (with several extension packs), a brilliant strategy game that I think I've mentioned here before, but more recently we've discovered Azul, which is very different, but also good, and we've also added Arboretum to the games library too, which has beautifully illustrated cards. Settlers is still the ultimate, but it's nice to have some new ones in rotation.

After Life notwithstanding, it can be hard to find things to watch as a family (my children are 17 and 14) when everyone wants different things. I mostly watch things with my daughter as we tend to like the same things, but we recently all watched Free Solo, a documentary film set around a man's mission to climb El Capitan in Yosemite without ropes and it was gripping and universally enjoyed (although I don't like heights and had to watch through my hands in places, so universally enjoyed with a side of nausea for some).

My friend Jenny (hello, PW!), recently recommended a podcast called Love Stories with Dolly Alderton, where people share stories about all the different kinds of love they've experienced throughout their lives. I'd recommend listening to Emma Freud's interview, which was wickedly funny, although I winced for poor Cousin Charlotte. The link will take you to iTunes, although it should be available wherever you listen to your podcasts. 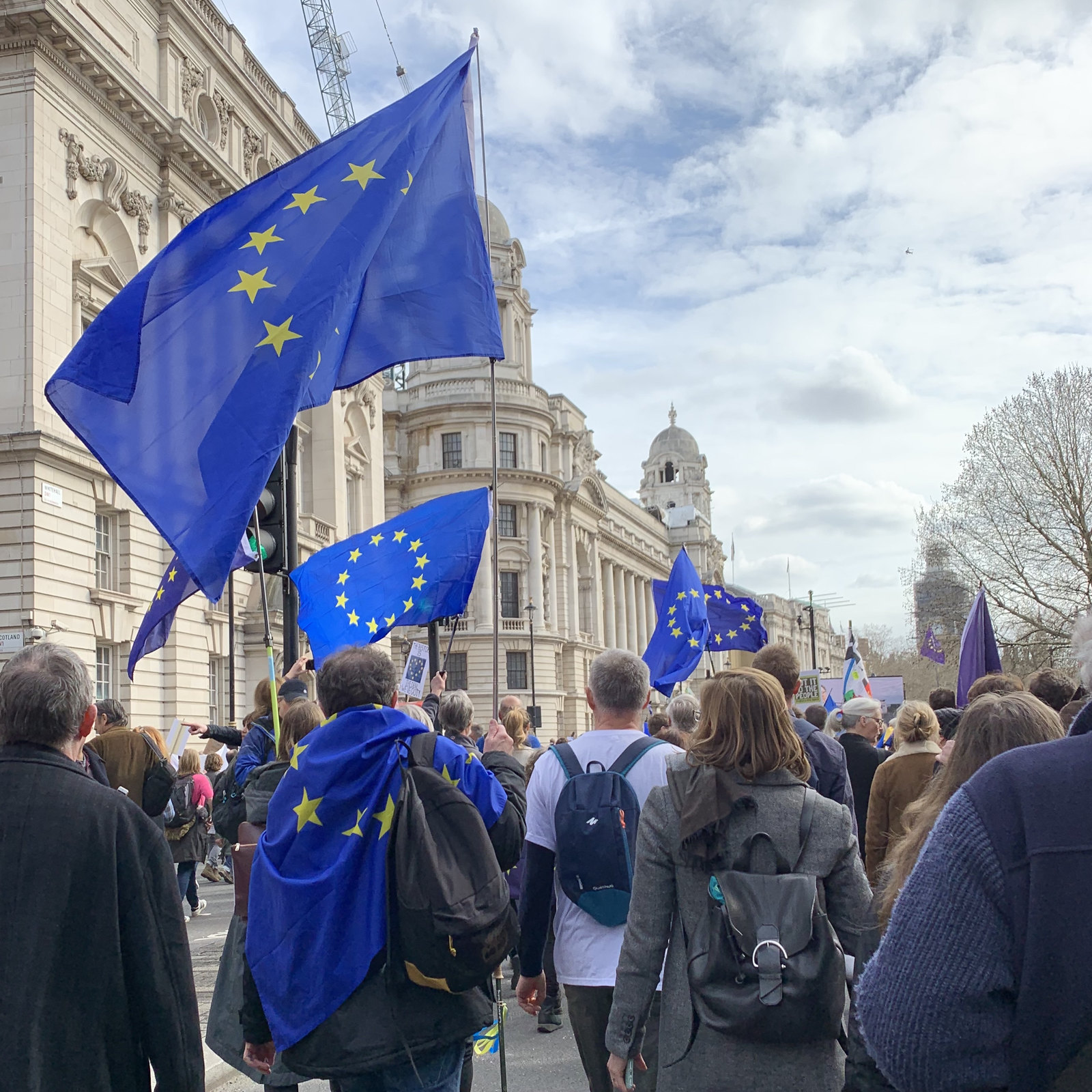 On Saturday, with a million others, I went into London with my parents and daughter for the People's Vote march, possibly a last opportunity to convey our feelings about Brexit to the government. The banners and signs we saw were amazing - people showed their anger with such wit and good humour. My three favourites were simple ones though:

I'm really cross.
British and on a march - things must be bad.
Things are so bad, even the introverts are here.
The latter summed up my own attendance, which was more about putting my feet on the street, than entering into any uncharacteristic outbursts of chanting and I enjoyed an afternoon chatting to my dad while we walked. In case you haven't already heard, there's currently a petition on the government website (sadly, only open to UK residents/British citizens - at home or abroad - aged over 18) requesting Article 50 be revoked. At the time of writing it has 5.5 million signatures on it, which are apparently unlikely to be bots as you have to click a link in an email to confirm your vote, and each email address can only be used once. There is something joyful about seeing that number flicker upwards every thirty seconds. Worth adding your name to if it aligns with your views and you haven't already. 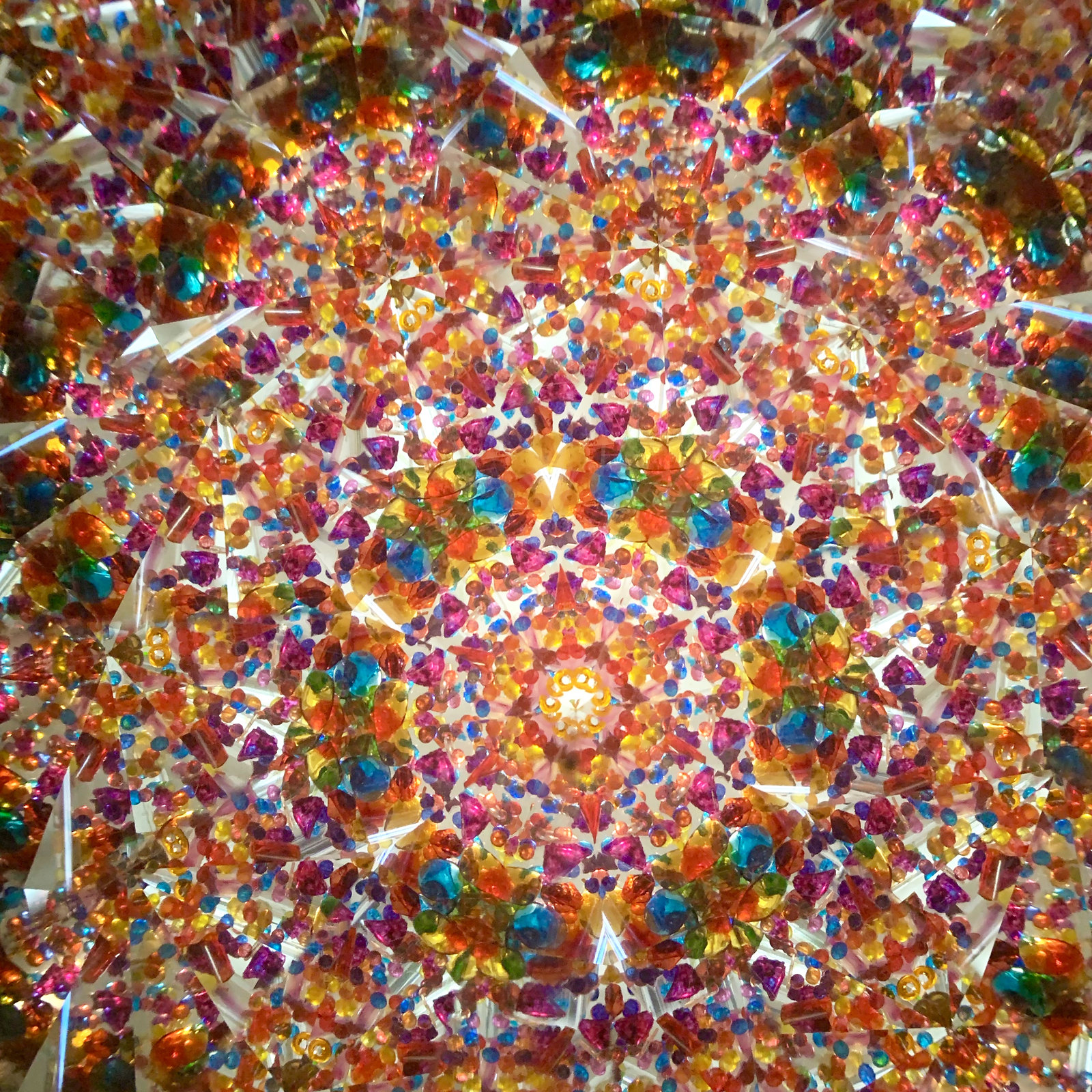 En route to the march, we passed a small market selling an eclectic mix of antiques and handmade. It's a bit of a chicken and egg situation for me trying to guess at whether my obsession with EPP is partly borne out of a love of kaleidoscopes or vice versa (see my blog banner if you're wondering where the similarity is), but either way, the love is real and when I saw what this one was capable of, I found it impossible to leave behind - by changing the position of the kaleidoscope the beads float down and the image appears to fall towards you. 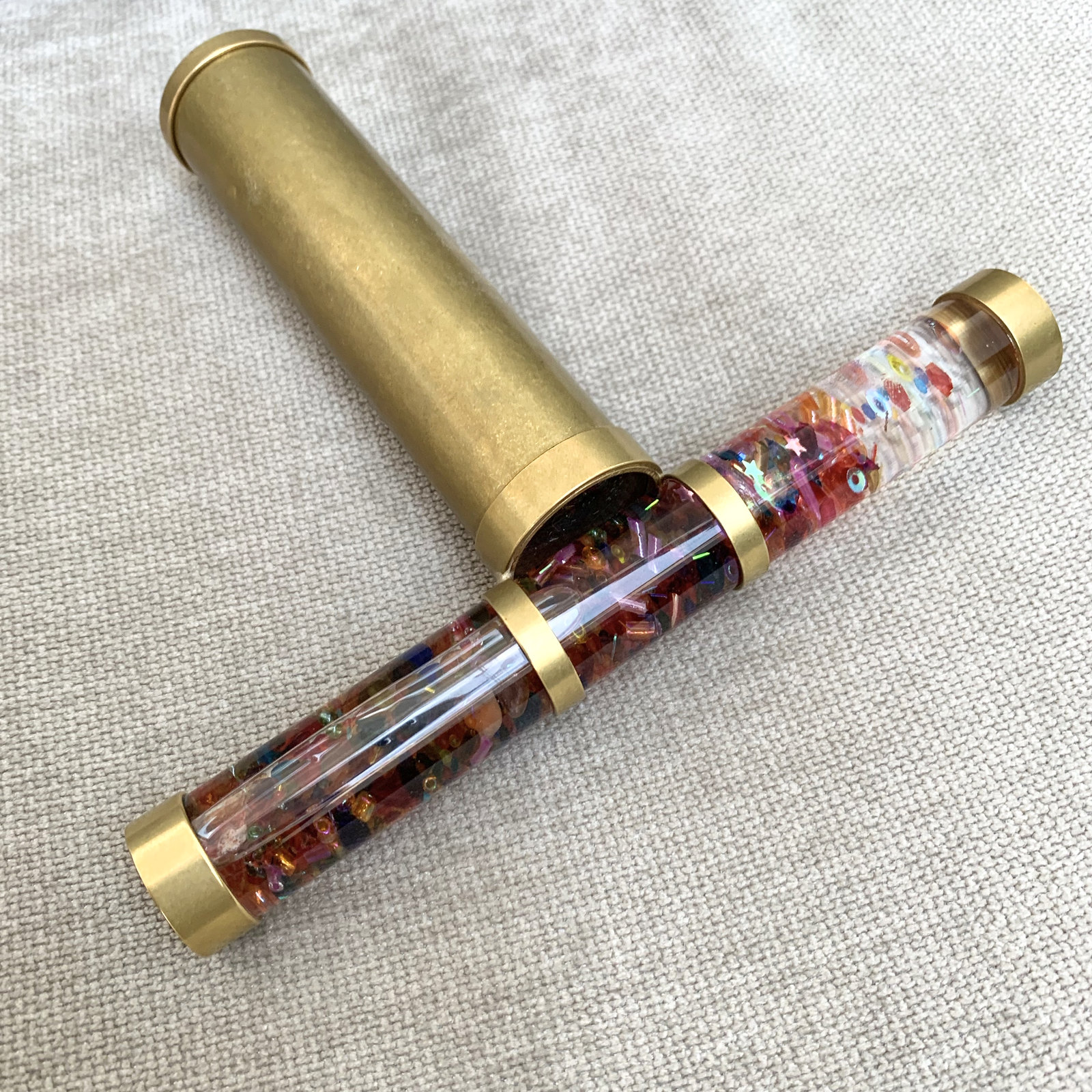 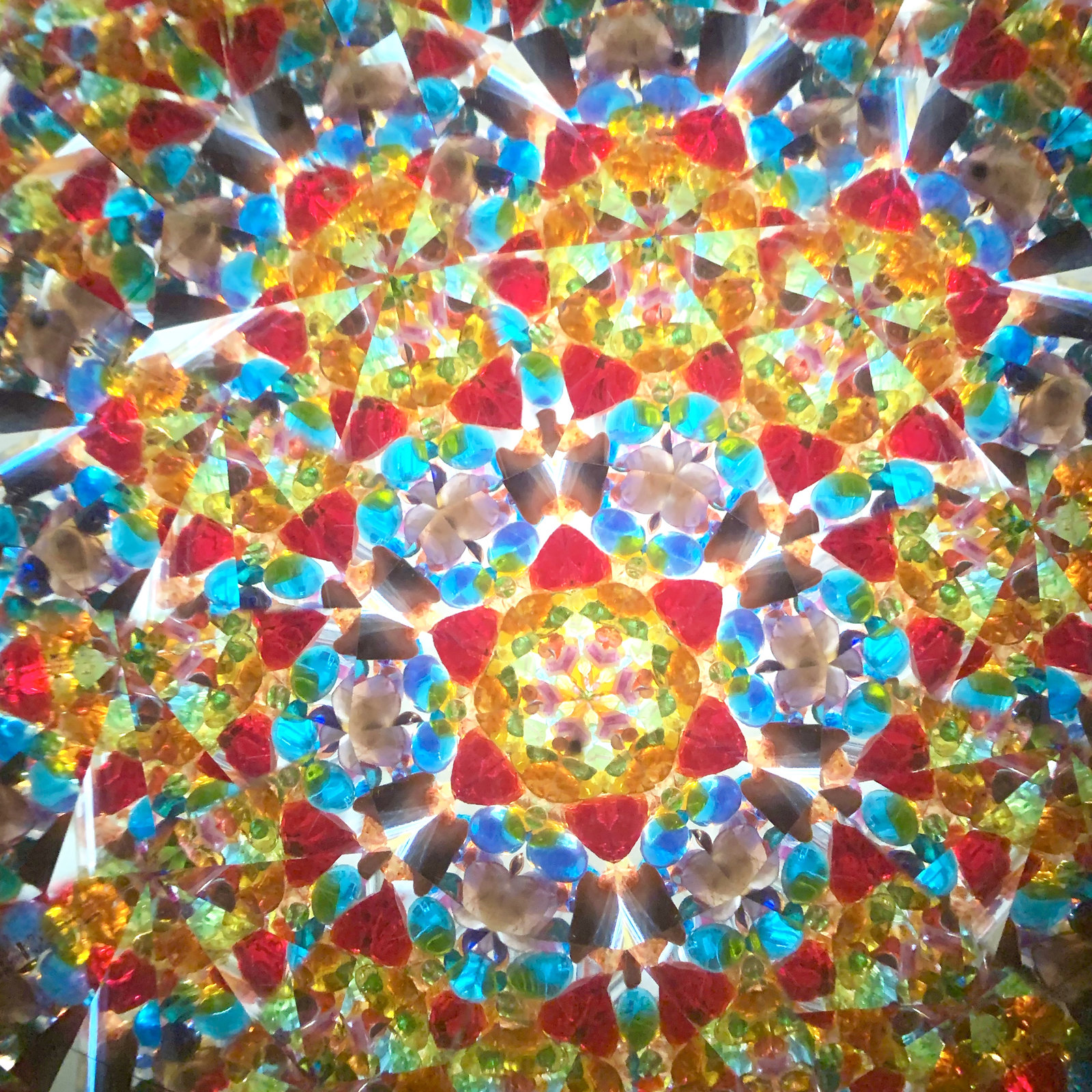 I made a video of it in action, although it only shows half the wonder as it's even more incredible if you also rotate the kaleidoscope at the same time, something I wasn't capable of doing while also filming (I tried. And failed).


I'm not sure I've ever loaded a video onto Blogger before so I hope it works for you.

I'd love to hear what you're watching/reading/doing.